"I just feel that the truth has finally prevailed," said Meghna Gulzar 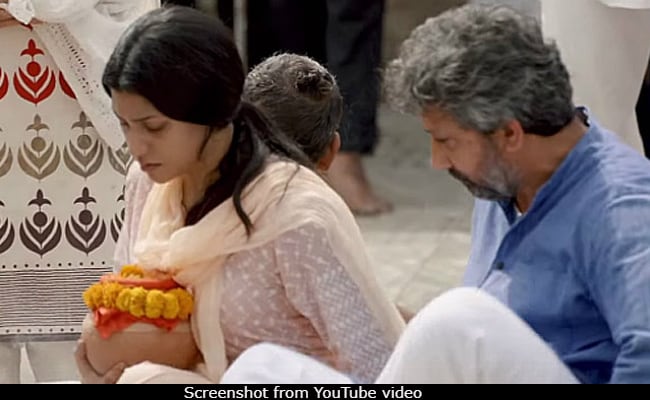 New Delhi: Nupur and Rajesh Talwar have been acquitted by the Allahabad High Court in the long-running murder case of their daughter, 13-year-old Aarushi, on Thursday. The murder case dates back to 2008 - seven years after which Meghna Gulzar made a movie based on the investigations being carried out. Produced and written by Vishal Bhardwaj, Talvar premiered at the Toronto International Film Festival in 2015 and opened in theatres to good reviews the next year. Soon after the Talwars were declared innocent, tweets poured in from Meghna and Mr Bhardwaj. "Justice delayed is NOT justice denied. Overwhelmed and deeply relieved upon hearing the news of the acquittal. #AarushiVerdict #Talwars"I just feel that the truth has finally prevailed," tweeted Mr Bhardwaj.

Justice delayed is NOT justice denied. Overwhelmed and deeply relieved upon hearing the news of the acquittal. #AarushiVerdict#Talwars

Other Bollywood celebrities also shared tweets after the news broke:

Speaking to news agency PTI, Meghna said: "It is a triumph of justice. I can only imagine what the parents must have gone through. I did not do that film to tell the story of a particular side. Our intention all along was to see that all the versions of the case are out in the open. I think this is what has happened in this appeal. The facts and testimonies were examined very carefully and rationally." Meghna's movie starred Konkona Sen Sharma and Neeraj Kabi as the Talwar parents while Irrfan Khan featured as an investigation officer.

The makers of Talvar incorporated three versions of the investigation in the Aarushi murder case in the movie with an open ending - a point which Mr Bhardwaj highlights in his statement: "...we didn't take any sides in presenting the story and maintained as neutral a viewpoint as possible."

"I am overwhelmed and relieved to hear of the Talwars' acquittal and this strengthens my faith in the Indian judicial system. However, it still pains me when I think about the precious years lost in prison and the emotional trauma that the parents had to go through, so much so that they couldn't even mourn their own daughter's demise," he added.

Promoted
Listen to the latest songs, only on JioSaavn.com
Rajesh and Nupur Talwar are expected to walk out of jail tomorrow.