Tahira Kashyap, Who Got Bruises During A "Heroic" Deed, Is Grateful To Her 69 Kilos

"Moral of the story - don't wait for dysfunctional closed doors to open the way to love yourself a wee bit more," wrote Tahira Kashyap 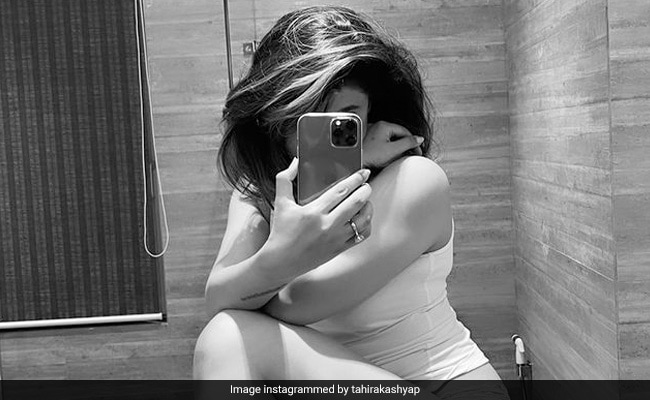 Tahira Kashyap, who often trends for her brutally host posts about life and body positivity, added one more to the list. A day before Valentine's Day, Tahira said Kendal Jenner's social media entries made her "reflect" about her own body and in doing so, she wrote about an incident she encountered with the building elevator. "And so it was time to reflect (quite literally) and assess, more so judge, my reality. Hmmm what do I think about what I saw? Well I saw this 69kg (every kilo matters) woman (out of which 4 Kendalls can be taken out) with strong limbs and bruises that she got yesterday by actually saving her puppy, her daughter and didi by jumping in the lift as the sensors weren't working and it was closing its doors on the 3 of them who were waiting for my son to join," read an excerpt from Tahira's post.

The second part of her story is when she realised how grateful is she for weighing 69 kilos: "I stood there like Rock Of Gibraltar (or at least in my head) squeezing the door ajar with all the strength I had and had the 3 of them get out of the sense less and sensor less elevator's way while quickly pulling myself in the lift with them. I felt quite heroic and grateful to this weight that I am trying to beat off, for had it not been for that, someone would have definitely gotten hurt! Grateful to you, ass for quite literally saving all our asses!"

Tahira Kashyap's "moral of the story" - "Don't wait for dysfunctional closed doors to open the way to love yourself a wee bit more." This anecdote prompted a reaction from her husband Ayushmann Khurrana, who wrote: "Big fan."

Tahira Kashyap is a filmmaker and often trends for her inspirational posts about having battled cancer. Ayushmann and Tahira, both from Chandigarh, are childhood sweethearts, who got married in 2008. The couple are now parents to son Virajveer and daughter Virushka.

"My Kids," Deanne Panday Writes For Daughter Alanna And Her Boyfriend Ivor