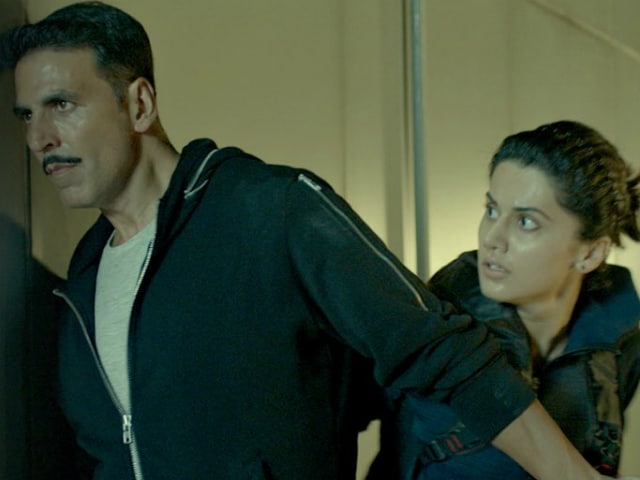 Naam Shabana is releasing on March 31

New Delhi: Actress Taapsee Pannu revealed how expectation gets really high when one has to star in action sequences alongside the Bollywood KhiladiAkshay Kumar. Taapsee, 29, whose upcoming release Naam Shabana is an action film, said that sharing screen space with Akshay is "intimidating". "I was getting trained by task masters Akshay had assigned for me. He was not present during the training period so I don't know how he is on ground. But he sets the expectation meter very high and it is very intimidating to do an action film where he also is a part of the film as people expect that level of action," Taapsee was quoted by news agency PTI as saying. Taapsee is awaiting the release of her second film with Akshay, Naam Shabana, on March 31.

Taapsee, who made her Bollywood debut in 2013 with Chashme Badoor, was all praises for Akshay Kumar and his sense of humour. The actress told PTI that, "Akshay is the calmest person I have ever met. He doesn't get angry. He is extremely calm in contrary to the image that he has on screen of an action star. One thing which is common between him and his films is that his sense of humour. The kind of films he chooses sets the standard high for actors. I look up to the lifestyle he follows, the way he conducts himself and the causes he supports are really good."

Promoted
Listen to the latest songs, only on JioSaavn.com
Taapsee, who became popular after her first movie with Akshay Kumar, Baby, and Amitabh Bachchan starring Pink, will also be seen in Judwaa 2 opposite Varun Dhawan. She is portraying the lead role in Naam Shabana and Akshay will be seen in an extended cameo. Manoj Bajpayee, Anupam Kher and Prithviraj Sukumaran also star in other pivotal roles.