Taapsee Pannu 'Broke Down' While Shooting For Pink 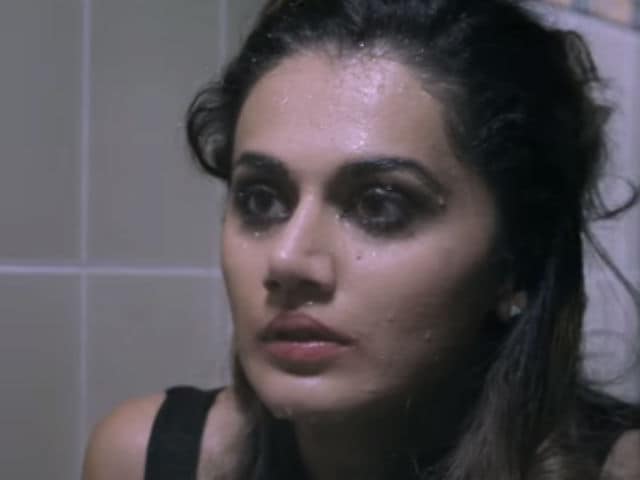 Taapsee Pannu in a still from Pink.

Mumbai: Actress Taapsee Pannu said that she broke down while shooting for her new film Pink because of its heart-wrenching subject.

"It (Pink) was easiest because I belong to this place (Delhi) and difficult because it (subject) was heart-wrenching," Taapsee said at the trailer launch of Pink in Mumbai.

"The two months that I was shooting for the film, I was not doing anything else except this movie. I had a breakdown on the sets as well. I started feeling for my character. It was extremely impactful. It did affect me personally and was very challenging," said Taapsee. Taapsee said that Pink, which has been produced by Shoojit Sircar, will prove to be a landmark film in her career.

"I did Baby and now Pink. That perception has changed. I don't think people today look at me as cute and bubbly Taapsee. It will be a landmark film in my career," said Taapsee.Taapsee said that she feels grateful towards Shoojit for casting her in the film and giving her a golden opportunity to act with Mr Bachchan.

"The fact that I got to work with Mr Bachchan so early in my career and with Shoojit Sircar is great. It was fun working with Mr Bachchan. I am thankful to Shoojit for having me in this film. He gets the best out of you," she said.

"To be standing in the same frame with him (Amitabh Bachchan), I better be good," she added.

Reports suggested that Taapsee will be seen in a prequel to Baby.

"Wait for Neeraj Pandey (director of Baby) to announce it," said Taapsee.