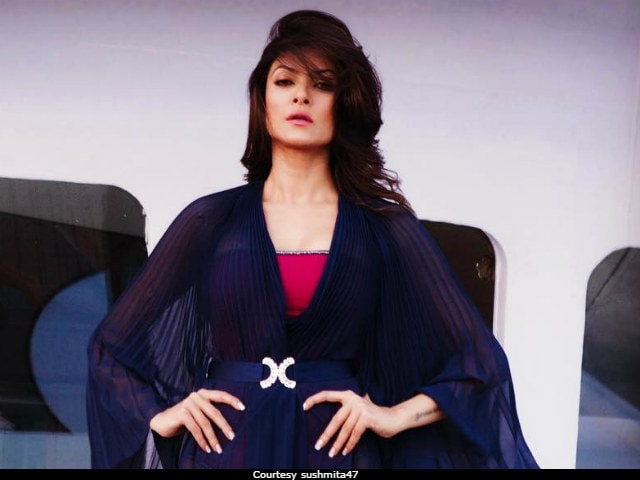 New Delhi: It's not throwback Thursday but so what? Actress Sushmita Sen shares a throwback picture of her 18-year-old self from when she was aspiring to participate for the beauty pageants - Miss India and Miss Universe - both of which she won in 1994. The former beauty queen, who simply features in a pearl choker in the vintage-hued picture, revealed that the photoshoot was done by late photographer Prabuddha Dasgupta and that the neckpiece was a borrowed one. The picture dates back to three months before the 1994 Miss Universe pageant and a month before Miss India. Sushmita Sen won the Miss Universe title in 1994 after she toppled Aishwarya Rai, who took the second place.

Remembering the photoshoot from more than a decade ago, Sushmita wrote: "I stood in front of a window as the late legendary photographer Prabuddha Dasgupta shot this moment. He smiled and said 'You look like the calm before a storm'."

In the caption to the picture, Sushmita added how the course of her life took a turn after the huge life-altering moment in 1994. There was no "looking back," she added. "Life changed, dreams manifested and there was no looking back! It takes a moment for life to change forever and we never see it coming! Part of the magic," Sushmita captioned the picture.

"A picture worth a thousand words"18 yrs old, 1 month away from winning #missindia ..3 months away from winning #missuniverse borrowed #pearl #chokernecklace some eyeliner n some lipstick , I stood in front of a window as the late #legendary #photographer #prabuddhadasgupta shot this moment! He smiled n said, you look like the #calm before a #storm true that!!!life changed, dreams manifested n there was no looking back!!!it takes a #moment for #life to change forever and we never see it coming!!part of the #magic keep the #faith it's all happening!!!#sharing love u guys!!!

Sushmita, who won the Miss Universe title 23 years ago in Manila, returned to the pageant in February this year as a judge. In Manila, she was also joined by two other former Miss Universe winners, Dayanara Torres (1993) and Leila Lopes (2011).

Promoted
Listen to the latest songs, only on JioSaavn.com
Sushmita Sen, who was last seen in 2015's Bengali film Nirbaak, has two daughters - Renee, 16, and Alisah, 7. In an interview to IANS earlier this year, Sushmita revealed that her comeback in Bollywood (if any), should delight her fans and followers. "I have been saying this for quite a long time. When I will be back on big screen, the audiences should be happy," IANS quoted Sushmita as saying.

Sushmita has featured in significant roles in films like Biwi No 1, Maine Pyaar Kyun Kiya?, Bewafaa and No Problem.