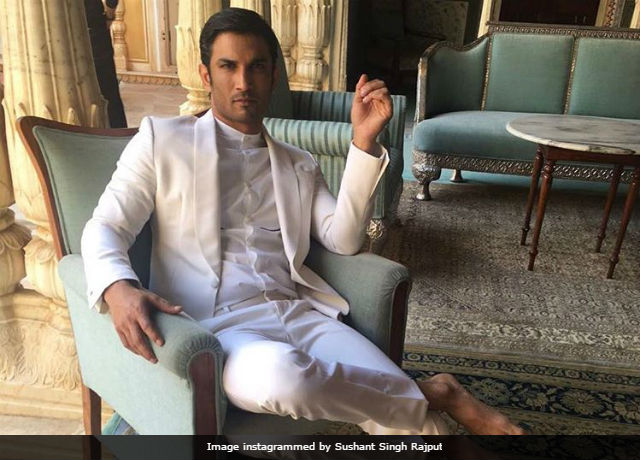 New Delhi: Actor Sushant Singh Rajput's special spacesuit for his upcoming film Chandamama Door Ke will be designed by John Palmer, who has designed Hollywood actor Matt Damon's spacesuit for The Martian. Sushant posted a picture of this special suit and wrote, "Special spacesuit designed by John Palmer of #Martian fame for Chandamama. Can't wait to get in it and start training.(sic.)" The Martian, directed by Ridley Scott, is about an astronaut, played by Matt Damon, who is left behind on Mars after a space expedition goes wrong. Fighting all odds (he grows potatoes with his excreta), Matt Damon survives in the lifeless planet and returns after he is able to contact his colleagues at NASA after several years. John Palmer has worked in films like Apollo 13, Deep Impact and Armageddon.

Special Spacesuit designed by John Palmer of #Martian fame for Chandamama. Can't wait to get in it and start training:)@sanjaypchauhanpic.twitter.com/HURFaHXKLJ

Sushant Singh Rajput plays an astronaut in Chandamama Door Ke, which also stars Nawazuddin Siddiqui and R Madhavan. R Madhavan plays a test pilot in the film. The sci-fi film was supposed to go on floors in June but according to a report in mid-day, it has been postponed due to a lot of 'pre-production' work.

Promoted
Listen to the latest songs, only on JioSaavn.com
Meanwhile, Sushant, who is training hard for the role, shared glimpses of his workout videos on Instagram. The 31-year-old is training under Samee Ahmed for the next two months and is also under a strict diet. Take a look.

#day2 #Chandamamadoorke prep vid: warming up this beast with some mixed push-ups!!

Sushant is also prepping for the release of his next Raabta with Kriti Sanon. Raabta, a story on reincarnation, has been directed Dinesh Vijan. The film will release on June 9.