Sushant Singh Rajput Reveals Some Stuff About Himself

Actor Sushant Singh Rajput, whose film Raabta is all set to release in theatres on Friday, said that he is not 'dumb' to get affected by stardom and that he won't let the opinion of others influence his decision 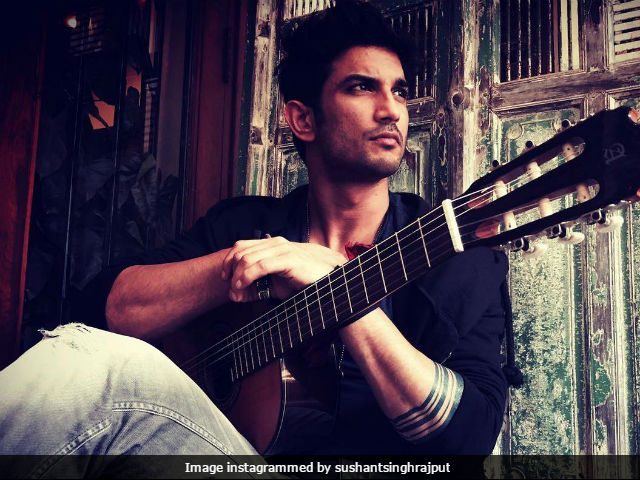 New Delhi: Actor Sushant Singh Rajput, whose film Raabta is all set to release in theatres on Friday, told news agency PTI that he is not 'dumb' to get affected by stardom and that he won't let the opinion of others influence his decision. "After M S Dhoni: The Untold Story people started saying I turned arrogant but people see things the way they want to. I am not bothered by what others feel about me. I know how I am and how I want to be," PTI quoted Sushant as saying. "Dumb people get affected by stardom. I would like to believe that anybody who is slightly intelligent will understand that apart from the actor, there are so many other parameters deciding the success of a film and making an actor a star," he added.

"I take the responsibility of everything I do. If I am asked some question I will say what I feel, not what somebody else wants to listen. I am not a people pleaser. I will not endorse a popular opinion just for the sake of getting an acknowledgement. I will be extremely confident in putting forward my version of things," PTI quoted Sushant Singh Rajput as saying.

Sushant Singh Rajput, who became a household name after he featured in the popular television show Pavitra Rishta, told PTI that money and fame were important to him in the initial days. However, he earned enough money during his television days.

"We define success on money and fame. They are taken way too seriously. Initially, money and fame were important to me as well. It was a big high when it started happening, but I got used to it during my TV days. Thankfully, I was doing something which I really liked (acting), otherwise I don't know what I would have done with my career," PTI quoted Sushant Singh Rajput as saying.

Sushant Singh Rajput, who made his Bollywood debut in 2013 with Abhishek Kapoor's Kai Po Che!, co-starring Rajkummar Rao and Amit Sadh, told PTI that he quit television to get a new perspective of the medium.

"I dropped out of my college and started doing theatre and TV happened on its own. I got used to TV and that is why I quit. I didn't quit TV for films. I just wanted another project irrespective of the medium and Kai Po Che! happened," Sushant told PTI.

Sushant Singh Rajput told PTI that he does not fear failure and he wishes to be 'exposed to all the wonderful cinema.'

"I want to fail and fail for the right reasons. I really want us to be exposed to all the wonderful cinema. It is not that we don't know right now. It is because we are very fearful. I am just trying to break through that shackle and till now I have survived," PTI quoted Sushant as saying.

"I know that box office numbers matter and if my films fail, which is a high possibility as I keep doing things that I don't know, I will go back to TV or theatre," he added.

Promoted
Listen to the latest songs, only on JioSaavn.com
Sushant Singh Rajput will also feature opposite Sara Ali Khan in Abhishek Kapoor's Kedarnath. However, the actor told PTI that he is 'yet to sign the film.'