Sushant Singh Rajput Reveals How he Was 'Tricked' Into Kissing Scene 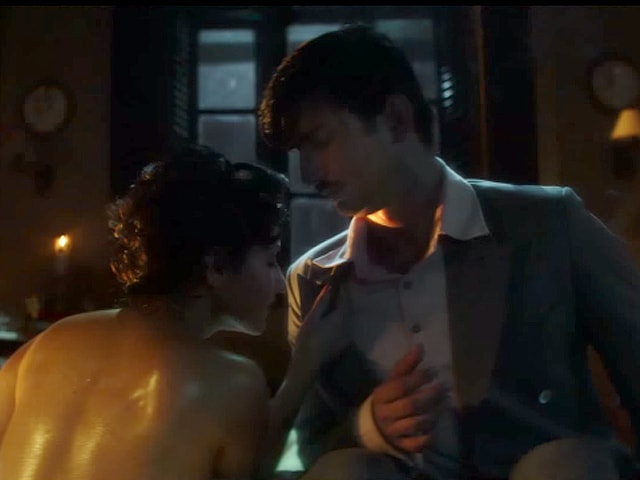 Mumbai: Actor Sushant Singh Rajput, who has shared a kissing scene with his co-star Swastika Mukherjee in his upcoming film Detective Byomkesh Bakshy! , said that director Dibakar Banerjee played a "game" with him for the scene.

"Dibakar (Banerjee) played a good game with me which eventually turned bad for me. He instructed me about a scene and I got ready for it, but I didn't know that Angoori Devi (the character) was going to kiss me in that scene," said Sushant, who had earlier kissed actresses Parineeti Chopra and Vaani Kapoor on screen in Shuddh Desi Romance.

He said that usually he tells his girlfriend Ankita Lokhande about a film's script "so that she is mentally prepared" for whatever he needs to do.

But in the case of Detective Byomkesh Bakshy! , the director kept the kissing scene a secret.

"I was also not prepared for it. But the interesting thing is that even Byomkesh Bakshy (the character) in the film didn't know about it. So, the first take happened and I reacted the way I was supposed to react as the character, and Dibakar got his take. He didn't tell me and pretended as if he also didn't know about it," added the actor.

He even said that despite getting his perfect shot, Dibakar made him give six more takes.

"He asked for a few more takes. I did six more takes and then called Ankita to tell her that she does not need to worry as nothing of that sort has happened," Sushant revealed at the second trailer launch of the film.

But it was upon seeing the film's trailer that he "saw the kiss".

Promoted
Listen to the latest songs, only on JioSaavn.com
"I looked at Dibakar and was like 'What is this?' So this is how he played such a game with me," he added.