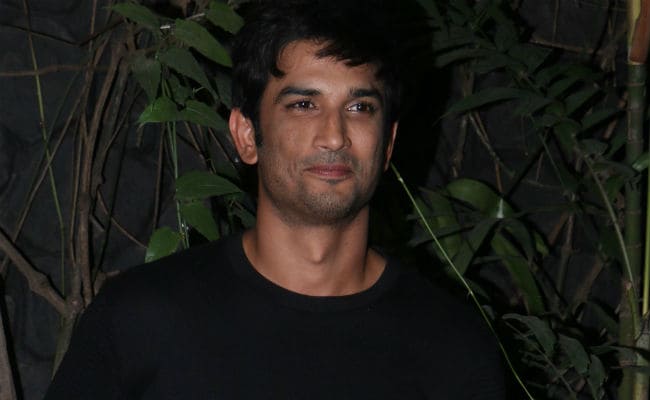 Sushant Singh Rajput is not doing Chanda Mama Door Ke due to date conflicts, reports news agency PTI. Chanda Mama Door Ke was Sushant's highly-anticipated film in which, he was supposed to play an astronaut. Sushant, 32, had taken training in NASA also. However, Sushant plans to make India's first space film, to be developed by his company Innsaei Ventures, co-founded by the actor and entrepreneur Varun Mathur. "Since there was a lot of up and down in this film, Sushant will not be able give his dates to this project (Chanda Mama Door Ke) since he has his hands full with many projects," Mr Varun said in a statement read, PTI reports.

"It does not mean we won't be making a space film. Innsaei Ventures is quite keen on making a space film and Sushant will be working on this very soon. I extend my very best wishes to Mr Sanjay Puran Singh (the director of Chanda Mama Door Ke) and Mr Viki Rajani for this film. I hope it brings them great success," he added.

Last week, Sushant featured in headlines for buying land on the far side of the Moon, in a region called the Mare Muscoviense, or the "Sea of Muscovy," PTI had reported.

Several pictures of Sushant, training at NASA, were shared by the actor, which he has now deleted. One of them was also shared by Producer Viki Rajani.

"I always wanted to go to NASA, I stayed there and did everything an astronaut is supposed to do. I am going to make sure to do my best so that I don't disappoint you," IANS had earlier quoted him as saying.

Promoted
Listen to the latest songs, only on JioSaavn.com
Sushant Singh Rajput recently started filming the Hindi remake of The Fault In Our Stars. He has Kedarnath, Sonchiriya, Drive and two other films in the line-up, including M S Dhoni sequel.