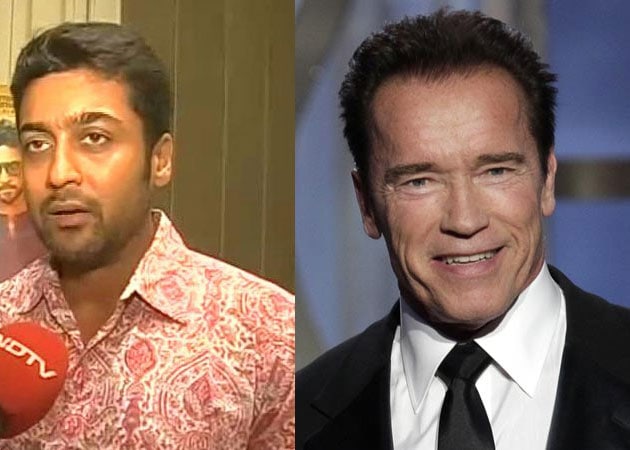 Suriya met Arnold in Chennai at the audio launch of I

Popular Tamil actor Suriya could not believe his eyes when he met Arnold Schwarzenegger and rushed home to get the Hollywood action star's book on body-building to get it autographed by him.

Promoted
Listen to the latest songs, only on JioSaavn.com
The 67-year-old Terminator star, who is in Chennai to attend the audio launch of Shankar's I, was surprised by this gesture but gracefully signed the book for the Tamil actor, known to be a fitness freak.

Suriya and Arnold Schwarzenegger hit it off instantly after being introduced by producer Ramesh Babu. I, a Tamil romantic action thriller film, stars Vikram in the lead role.