Govinda and Neelam Kothari are reuniting after 20 years 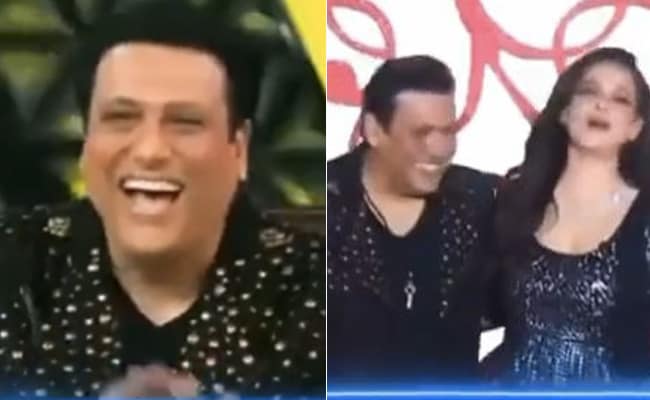 Govinda and Neelam Kothari on the sets of Super Dancer (Image courtesy: @samirsoni123)

If you are a Govinda fan, then this is a treat for you. We have found a video of Govinda's brand new dance performance with his co-star Neelam Kothari. All thanks to Neelam's husband and actor Samir Soni. On Monday, Samir posted a clip of an upcoming episode of Super Dancer: Chapter 4 on Instagram. The video features Govinda and Neelam as they are reuniting after 20 years for a special episode on the show. In the video, Govinda and Neelam can be seen making a stunning entry together. Both the actors set the stage on fire with the dance performance to their popular song Aap Ke Aa Jane Se from the 1987 film Khudgarz.

We also see some glimpses of Shilpa Shetty, Geeta Kapoor and Anurag Basu who are cheering up for Govinda and Neelam. Shilpa, Geeta and Anurag are co-judging the show.

Samir Soni gave a shout-out to Govinda and Neelam in the caption. He wrote, "And the 20 year wait is finally over."

Neelam commented on his post. She dropped a few smile emojis in the comment section. TV celebrities such as Gaurav Gera and Bakhtiyaar Irani also reacted to the post. Gaurav wrote, "Wowwww." Bhaktyar commented, "God this is unreal songs which you have seen while growing up...the cutest the bestest my fav Neelam Kothari, thanks Samir Soni for this one...cheers bro."

What a moment of nostalgia, we say.

Govinda and Neelam Kothari worked together in several films during the 80s including Khudgarz, Gharana, Love 86 and Sindoor. Their song Aap Ke Aa Jane Se is still enjoyed among the cinephiles. The track was sung by Mohammed Aziz and Sadhana Sargam.

Govinda made his acting debut with Ilzaam opposite Neelam Kothari in 1986. On the other hand, Neelam's debut film was Jawaani which released in 1984.