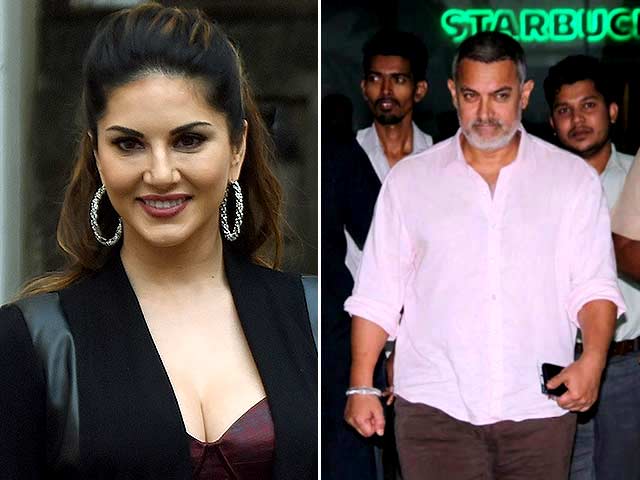 Sunny Leone says it is her 'dream' to work with Aamir

Mumbai: Actress Sunny Leone says she will be the 'happiest girl in the world' even if she could share screen space with actor Aamir Khan even for a second.

"Even if I get the opportunity to work with him for a second, I would be the happiest girl in the world forever. Even if I am just passing behind, I would be very happy. I think it is any actor's -- whether it is male or female -- dream to work with such an amazing person and such an amazing actor," said Sunny when asked about Aamir's recent comments at a promotional event for her upcoming film Mastizaade.

In an interview to a news channel, Sunny had said Aamir probably wouldn't work with her because of her background. But Aamir later made it clear he would like to work with her and didn't have any 'issues with her past'. He reiterated the same point at the 10-year celebration of his film Rang De Basanti.