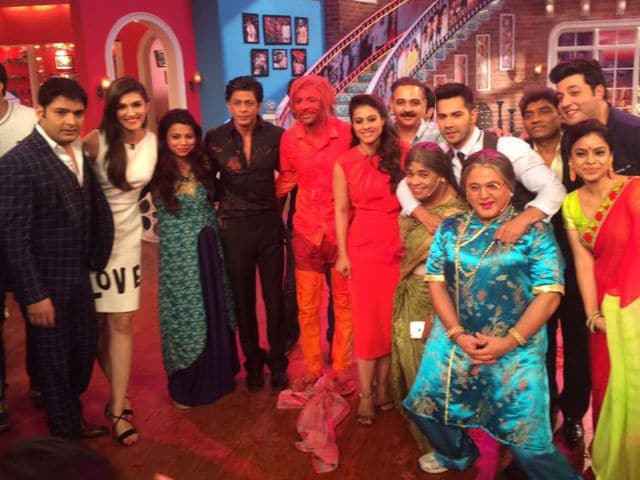 This image was posted on Twitter by Sunil Grover

When Shah Rukh and Kajol, along with Team Dilwale comprising actors Varun Dhawan, Kriti Sanon and Varun Sharma came over to promote their film, little did they know that Sunil Grover's (as Kapil's father-in-law) interpretation of Gerua will make the song a comedy number from a romantic one. (Also Read: Shah Rukh, Salman Khan's 'Bigg Dilwale' Night. Here Are Highlights)

Folks from the small screen and Bollywood loved Sunil's Gerua act too:

Haha just saw this @WhoSunilGrover you are next level. Hilarious love it https://t.co/YDdpdWJzfW

@WhoSunilGrover u are an absolute legend!!! What an amazing episode of #cnwk@KapilSharmaK9#Diwale@iamsrk@Varun_dvn@rajcheerfull