Suniel Shetty On Ahan's Bollywood Debut: 'If He Is Disciplined And Honest, He Will Be Successful' 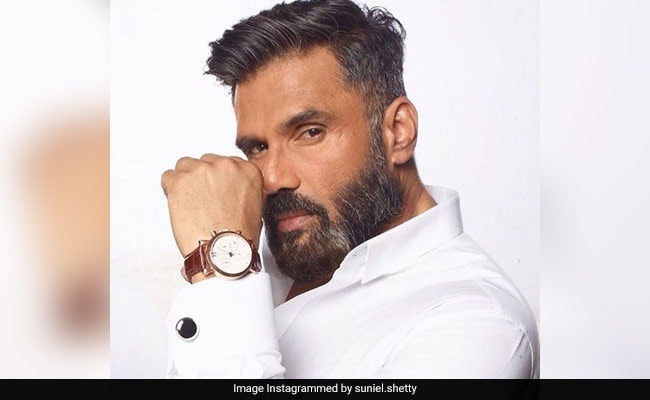 Suniel Shetty did not reveal much about Ahan's forthcoming project (Courtesy suniel.shetty)

Suniel Shetty, whose son Ahan is all set to make his Bollywood debut with the Hindi remake of Telugu hit film RX 100, in an interview to news agency IANS said that if he is "disciplined" and "honest" and if "lady luck" favours him, he will have a "successful" career. "Everything is good and if lady luck favours him, if he stays disciplined and honest and if he thinks about his producers more than anybody else, he will be successful. Otherwise, it's someone up there who has to take care of him," IANS quoted the actor as saying. Filmmaker Sajid Nadiadwala, who had produced Suniel Shetty's second film Waqt Hamara Hai in 1993, will launch the actor in Bollywood. Both Suniel Shetty and Ahan made the announcement on social media earlier this month. Ahan, 22, trended big time after the announcement of his debut film.

Today marks a new chapter in my life. I'm so grateful and honoured to be a part of this amazing film and a part of the @nadiadwalagrandson family. I have a long tough journey ahead of me where I will experience both the highs and lows. I'll need all your love and blessings to handle this with dignity, grace and honesty. Thank you for your support, it really means a lot. And I hope to make you very proud Sajid Sir.

Congratulations PHANTOM!!!... A new journey begins today my baby ... No matter how u feel ... Get up...Dress up... Show up...Scream, Cry, but NEVER give up!!!! #AhanShetty#SajidNadiadwalapic.twitter.com/VgQhyKBXeE

Though Suniel Shetty did not reveal much about the cast or the tentative title of the Sajid Nadiadwala film, the 57-year-old actor said that Ahan will start shooting for the movie soon. "He is a simple boy and God has been kind to him. He will start shooting his film soon. He has associated with a good script, producer and director in his debut film," Suniel Shetty told IANS. Ahan's debut film is scheduled to release on May 2019.

Meanwhile, Suniel Shetty's daughter Athiya has started shooting for her next film Motichoor Chaknachoor, which also features Nawazuddin Siddiqui. Speaking about his daughter's upcoming films, Suniel Shetty added: "Athiya has signed three to four films. She has started shooting for Motichoor Chaknachoor in Bhopal. She is very excited and happy, so I am feeling satisfied that she is doing quality work." Salman Khan launched Athiya Shetty in 2015's Hero, which also featured Sooraj Pancholi. She later appeared in Mubarakan (2017), starring Arjun Kapoor, Anil Kapoor and Ileana D'Cruz.