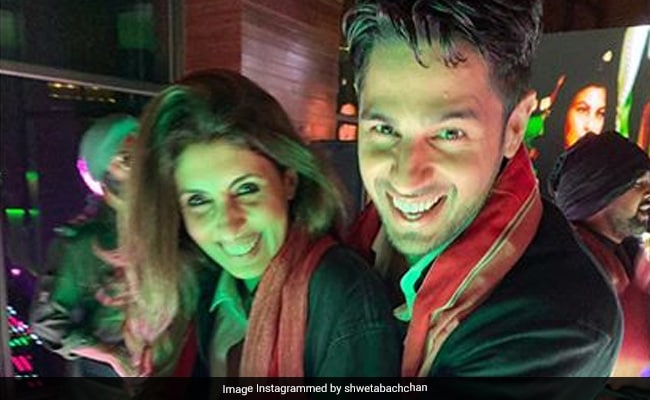 Jumma chumma de de... jumma chumma de de chumma... excuse us for drifting off singing but that's the mood that Shweta Bachchan set last night at a Nineties-themed Bollywood party. Remember Amitabh Bachchan's feisty character named Tiger from the 1991 film Hum? Shweta Bachchan revealed that there were two 'Tiger's at their friend Amritpal Singh Bindra's party last night - a) she herself and b) Sidharth Malhotra. Shweta and Sidharth were spotted twinning, dressed just like Amitabh Bachchan's character from Hum, at the party. And of course, they clicked some fab photos together. On Instagram, Shweta also shared a little secret that she was styled by "main man" Amitabh Bachchan for the night. How cool is that?

"Reppin' my main man. Tiger. Styled by Amitabh Bachchan," Shweta captioned a photo while for another, she added: "What's better than one Tiger? Two Tigers! No one I rather twin with than you Sidharth Malhotra." Shweta's look got thumbs-ups from her son Agastya and Abhishek. "Sick one," wrote 19-year-old Agastya. 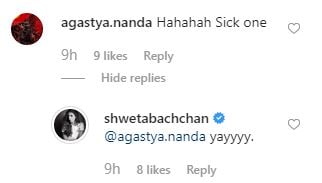 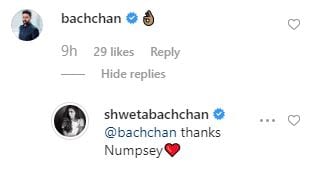 Take a look at Shweta Bachchan as Tiger:

What's better than 1 TIGER? Two TIGERS !! No one I rather twin with than you @sidmalhotra #jummachummadede

So BREAKING NEWS! We attended our dear friends @bindraamritpal's 90's BOLLYWOOD theme bash! So KKHH it was for us! @gaurikhan channelled her inner TINA @putlu channelled ANJALI and me ofcourse had to be RAHUL !!! Don't miss the most embarrassed @iamsrk photobombing our poster recreation! @kajol #rani

Finding it difficult to pick a favourite look from the theme party last night? That makes it all of us.