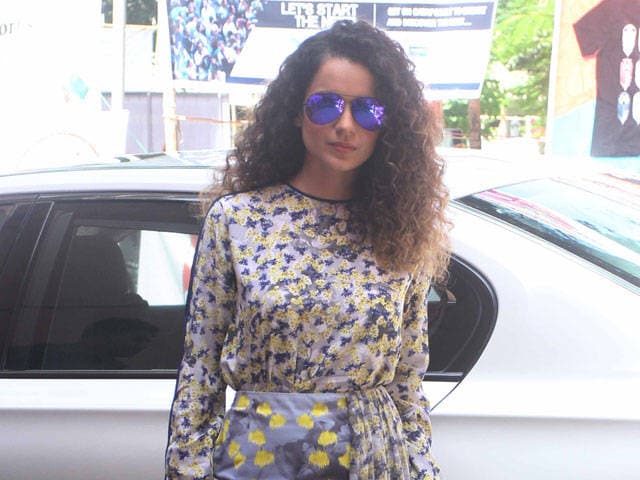 New Delhi: She created headlines when she demanded Rs 11 crores for a film and justified it citing her commitment towards projects. Actress Kangana Ranaut, known for speaking her mind, says she sometimes gets annoyed when her statements are perceived in a different way. (Also Read: Kangana Ranaut, Imran Khan Explain Why They Are Anti Social Media)

Does she get annoyed?

"I get annoyed but that doesn't last long. Sometimes your nice, little statement is taken as a very rude and shocking headline. In my heart, I'm just that mountain girl, who speaks her heart and doesn't have any agenda and motive," said the 28-year-old who hails from Himachal Pradesh.

The Queen actress will be next seen in Katti Batti opposite Imran Khan. Directed by Nikhil Advani, the romantic comedy will release on Friday.