Spot Alia, Sonakshi in This Pic. We Guarantee You Won't Recognise Them 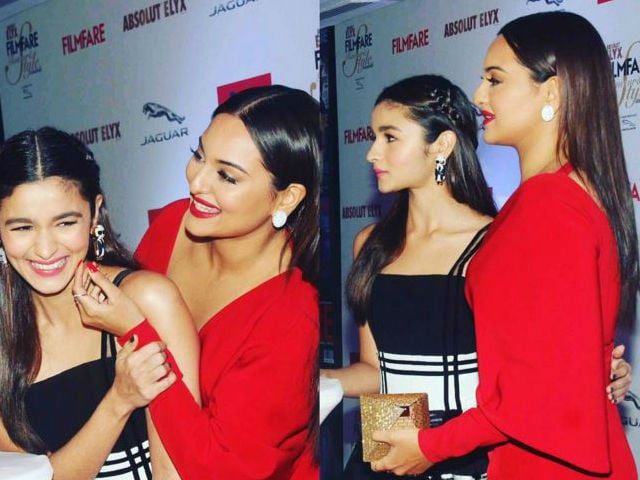 New Delhi: Designer Masaba Gupta has hit upon pure gold from way back when, excavating a photo of herself with actresses Sonakshi Sinha and Alia Bhatt at a party when they were young, very young. The picture, which she posted on Instagram, dates back to when they were all little girls together.

Guess who is who:

Blast from the past! @anushkaranjan @aslisona and me special mention to @akansharanjan 's hair & @aliaabhatt in conversation with herself

Sonakshi is the party animal in glasses and green, Alia skulks in the corner in yellow. Masaba looks pensive in the foreground. Wedding Pullav actress Anushka smiles in flowered pink while her sister sits with her back to Alia. (Also Read: What Alia Bhatt Really Thinks About Sonakshi Sinha's Style)

Meanwhile, Alia has Kapoor and Sons, Udta Punjab and a yet untitled film with Shah Rukh Khan in the works.

Sonakshi, on the hand, is busy with A R Murugadoss' Akira and Abhinay Deo's Force 2.