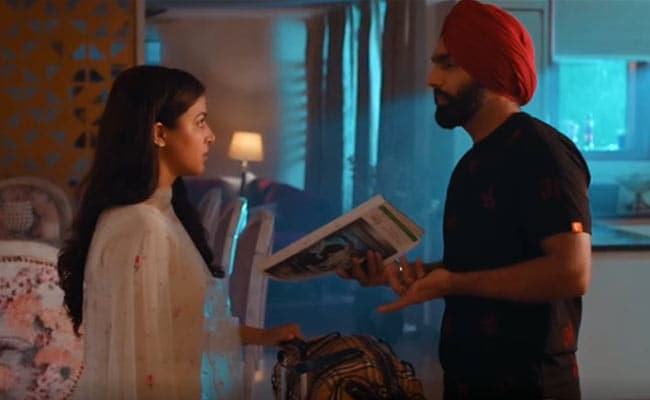 Ammy Virk, one of the most popular names in Punjabi music and cinema, collaborates yet again with Bhushan Kumar's T-Series for another beautiful soulful song. Titled Kade Kade the love song promises to be another gem from Ammy Virk's repertoire that will definitely touch your heart. Apart from delivering hit songs, the artist is also known for his interesting music videos. From Main Suneya, Hath Chume, Haaye Ye to Qismat, Ammy has always presented audiences with emotional intensity through his music and Kade Kade too is equally touching and heart-stirring. Penned by Happy Raikoti with music by Avvy Sra, Kade Kade tells the story of unconditional love through its ups and downs.

Talking about the song says Ammy Virk, "Kade Kade is all about how love has no terms and conditions. Happy Raikoti has written some amazing lyrics and the entire song and music video is heart-touching."

Adds Bhushan Kumar, "Ammy Virk's soulful voice hits hard in Kade Kade. His fans always expect some emotional and intense music videos and this one too is sure to be a hit with them."

Says composer Avvy Sra, "Kade Kade is a beautiful, heartfelt song where the music had to be simple yet impactful to convey the lyrics."

Says Wamiqa Gabbi, "While filming the video, we were so involved in our characters because the song itself is so moving. I'm sure audiences will love it."

Kade Kade is out now on T-Series' YouTube channel.

Trending: Himesh Reshammiya And Alka Yagnik In A Major Blast From The Past