Spider-Man: No Way Home Trailer - Tom Holland Faces The Multiverse With Doctor Strange And An Archenemy

The trailer has clocked 16.2 million views on Twitter till now. 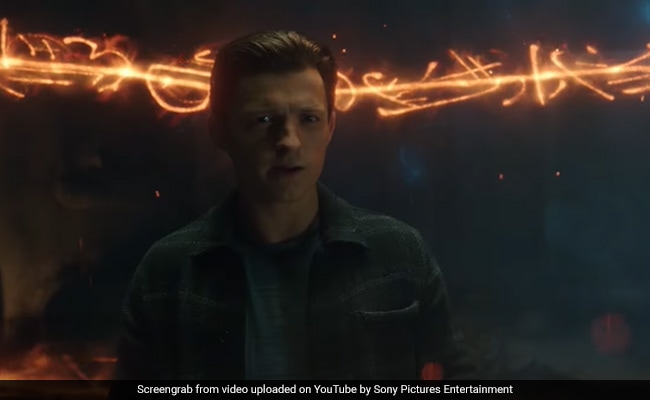 Tom Holland in a still from Spider-Man: No Way Home. (Image courtesy: YouTube)

Hello, all Marvel Cinematic Universe (MCU) fans its time to brace yourself as Sony Pictures has finally released the first official trailer for the upcoming film Spider-Man: No Way Home. Yes, we know that the trailer was allegedly leaked and Sony Pictures went into damage control mode to curb its spread. No matter what has been the scenario, what we know is nothing can beat the official trailer. Isn't it? Now, before we talk about it, let us recall what happened in the previous instalment, Spider-Man: Far From Home. Here, Jake Gyllenhaal's Mysterio got to know about Tom Holland aka Peter Parker's secret identity [Spider-Man] and he revealed it to the world. Already, excited? The latest trailer shows a frustrated Peter as the world accuses him of Mysterio's murder. From school friends recording his moves on cameras to some calling him Enemy #1, Peter is in a lot of trouble. He then decides to take Doctor Strange aka Stephen Strange's help. Peter wants Doctor Strange, played by Benedict Cumberbatch, to turn time so that he can fix everything and Spider-Man's identity remains undercover.

It then shows Spider-Man and Doctor Strange stepping into the multiverse, which was unleashed by Loki, the God of Mischief. The character is played by Tom Hiddleston. The trailer promises to keep fans on the edge of their seats with some jaw-dropping action sequences. Towards the end, we also get glimpses of Doctor Octopus and Green Goblin. Doctor Octopus aka Doc Ock was first introduced in 2004's Spider-Man 2, directed by Sam Raimi. Now, the question - was Doc Ock alive all this while? The character, played by Alfred Molina, had sacrificed himself in Spider-Man 2  using his own detonator. Well, we need to stay calm and wait for the film's release to get our answers.

The trailer has clocked 16.2 million views on Twitter till now. Watch it here:

Taking a dig at the alleged leak, the official Twitter account of Spider-Man: No Way Home wrote, “Shout-out to the real ones who are watching the trailer for the first time right now.”

The film will release on December 17 in the theatres. Marisa Tomei and Zendaya will reprise the roles of MJ and Aunt May respectively.

Who Let The Multiverse Out? "It's Been Doctor Strange All Along" And Twitter Can't Even