"How secure are passengers and their belongings at an international airport?" tweeted Soundarya Rajinikanth 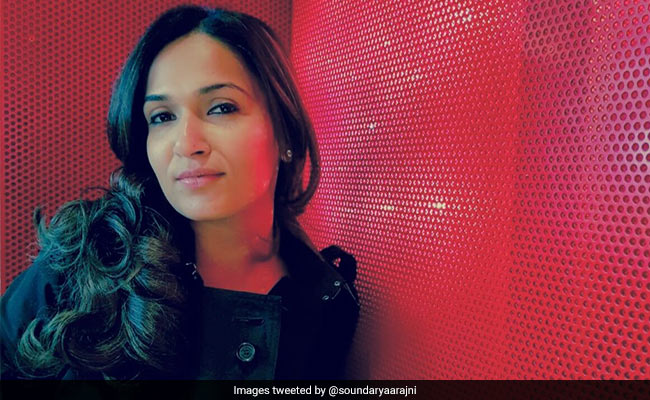 Soundarya Rajinikanth, in her recent tweet, slammed Emirates Airlines after she and husband Vishagan Vanangamudi's hand luggage and other valuable items were stolen at the Heathrow airport while they waited for their car to arrive. In her tweet, she described the episode as a "traumatic experience" and she wrote: "Authorities and airlines should be accountable. This shouldn't have happened to us and certainly happen to anyone else." Soundarya stated that she immediately filed a complained after the incident took place. However, in response, she reportedly received an email, in which the authorities stated that they were unable to procure the CCTV footage of the incident.

Soundarya began her note, saying, "How secure are passengers and their belongings at an international airport?" In her tweet, she vividly narrated the incident and added, "Our hand luggage got stolen on September 1, 2019 at the Heathrow airport, Emirates chauffeur lounge as we waited for our car. We immediately filed a complaint with the local Heathrow patrol. We were asked to wait to hear back from the cops via email. The next day we received an email from them that the CCTV cameras in the emirates chauffeur lounge were faulty and didn't record anything on the day of the theft," read an excerpt from her statement.

On the professional front, Soundarya Rajinikanth is best-known for directing films such as Kochadaiiyaan and Velaiilla Pattadhari 2. She has also worked as a graphic designer in the Southern film industry since the year 1999.