"I've decided to help families of the deceased or injured migrants for them to have a secure future," said Sonu Sood 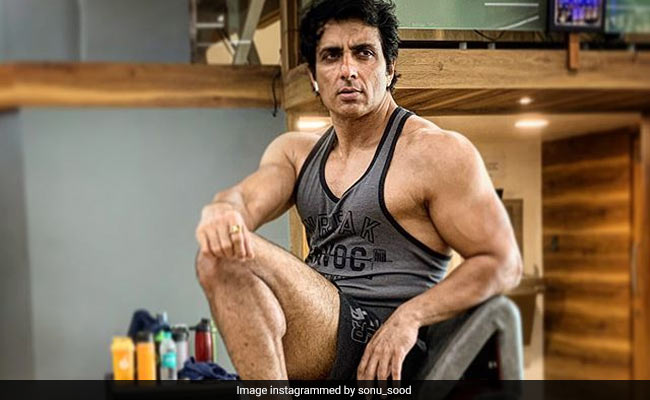 Actor Sonu Sood, who became somewhat of a hero among stranded migrants for his efforts to send them back home, announced he will financially support over 400 families of migrants, who died or were injured during the coronavirus lockdown, reported news agency PTI. On Monday, as per PTI, the 46-year-old actor said in a statement: "I've decided to help families of the deceased or injured migrants for them to have a secure future. I feel it's my personal responsibility to support them." PTI also reported that Sonu Sood has reached out to the authorities of several states, including those of Jharkhand, Bihar and Uttar Pradesh, for addresses and bank account details of family members of the migrants who died or were injured.

Sonu Sood, best known for playing antagonists in films, was hailed as a hero on social media for his successful efforts to send thousands of stranded migrants to their home villages. Sonu Sood arranged for food, buses, trains and even chartered flights for stranded migrants, some of who were walking home after the lockdown was imposed earlier in March and left them jobless. Sonu Sood had also launched a toll free helpline for migrants so that those in need of assistance could share their details over a phone call.

Sonu Sood also helped thousands of people in Maharashtra ahead of cyclone Nisarga made landfall in Alibaug last month. The actor and his team distributed food to 28,000 people across the coastal lines of Mumbai and moved them to several schools and colleges before cyclone Nisarga hit the Maharashtra coast.

In April, Sonu Sood had offered his hotel in Mumbai for healthcare professionals to stay in.

Sonu Sood is best known for his roles in films such as Paltan, Dabangg, Happy New Year, R... Rajkumar and Simmba.