The actor's response will leave you in splits, just like it made folks on Twitter laugh out loud. 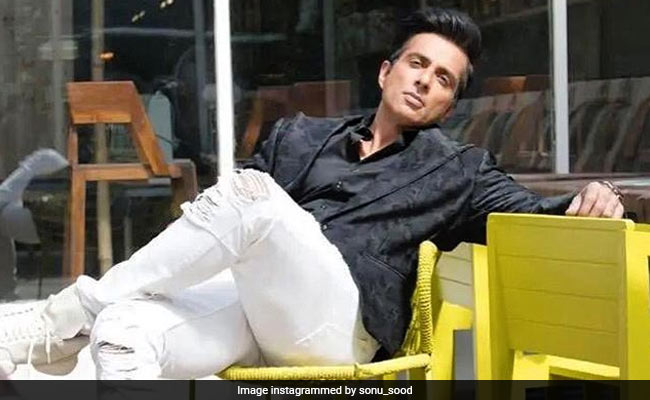 Actor Sonu Sood, who has been actively helping stranded migrant workers to go home to their villages, has also been cracking up Twitter with his ROFL responses to some unusual requests. Wednesday was one such day, when a user requested Sonu Sood (in good humour, of course), if the actor can help him and his girlfriend run away to the Andaman and Nicobar Islands. The Dabangg actor's response will leave you in splits, just like it made folks on Twitter laugh out loud. As usual, the 46-year-old actor came up with a "better idea": "Mere paas isse behtar idea hai. Kyun na aap dono ke saath aap logon ke parivar ko bhi bhej doon? Chat mangni aur pat byah? (Why don't I send your family members also along with you two? You guys can even get married then)?"

Here's another time Sonu Sood had a "better plan" for a female fan, who wanted some space from her husband.

I have a better plan .. let me send both of you to Goa What say? https://t.co/XbYNFWWflK

Meanwhile, Sonu Sood had a plan to tackle cyclone Nisarga, that made landfall in Maharashtra last week:

Sonu Sood's response to a user requesting him to transport her to a parlour amid the lockdown had also cracked up the Internet.

Last month, a photo of Sonu Sood's train pass issued for travelling in Mumbai locals from 1998 had sent the Internet into a meltdown. "Life is a full circle," the actor had tweeted.

The 46-year-old actor has been arranging buses and food for migrants, who have been walking home since the lockdown was imposed earlier in March. He also launched a toll free helpline last month to get in touch with those in assistance. In April, Sonu Sood had offered his hotel in Mumbai for healthcare professionals to stay in. Sonu Sood, who has sent hundreds of migrants home, recently helped transport as many as 180 migrant workers back home to Silchar in Assam from Mumbai in a chartered flight.

Sonu Sood is best known for his roles in films such as Paltan, Dabangg, Happy New Year, R... Rajkumar and Simmba.