"The best way to fight this is by being each other's strongest support system," said Sonu Sood in the statement 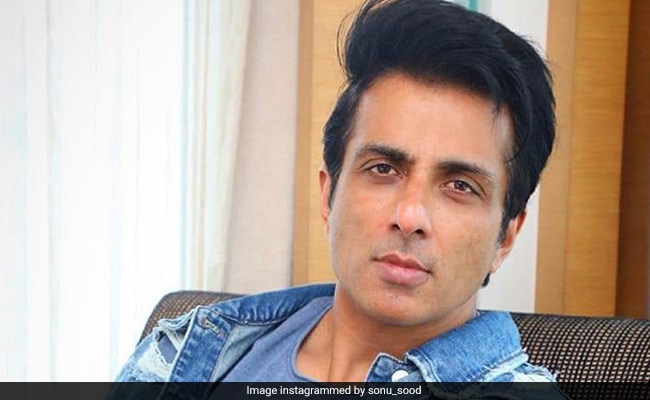 Sonu Sood and his team, who have been arranging buses and trains to safely send migrants to their hometowns in various parts of the country, recently distributed food to 28,000 people across the coastal lines of Mumbai and moved them to several schools and colleges, before cyclone Nisarga hit Maharashtra coast on Wednesday. In a statement as reported by news agency PTI, Sonu Sood said, "Today, all of us are facing tough times and the best way to fight this is by being each other's strongest support system. My team and I have distributed food to over 28,000 people from the coastal areas across Mumbai and rehabilitated them in various schools and colleges. We are making sure all of them are safe." He also added that 200 Assamese migrants, who were stranded in Mumbai due to cyclone Nisarga, have been moved to shelter homes.

Cyclone Nisarga, which made landfall near Alibaug in Raigad district, just 95 kilometers from Mumbai, has claimed three lives till now. India Meteorological Department said in a statement, "There was a slight change of direction towards north-eastwards which meant the impact of the cyclone on Mumbai was less severe than originally expected." Cyclone Nisarga is the second cyclone in a span of two weeks to hit the coastal regions of India, after cyclone Amphan swept through Odisha and West Bengal last month, severely affecting both the states.

Coming back to Sonu Sood. On Wednesday, Sonu Sood found himself tagged in a meme on Twitter which featured a picture of him and had the text - "Sonu Sood waiting for cyclone Nisarga so that he can send it back home." The actor replied to the meme saying, "Isko bhi chhor kar aata hun (Let me send this home as well)."

Sonu Sood has been hailed as a hero on Twitter for making arrangements for reuniting stranded labourers with their families in lockdown. The actor recently arranged a flight for 177 stranded women to travel back from Kochi to Bhubaneshwar.