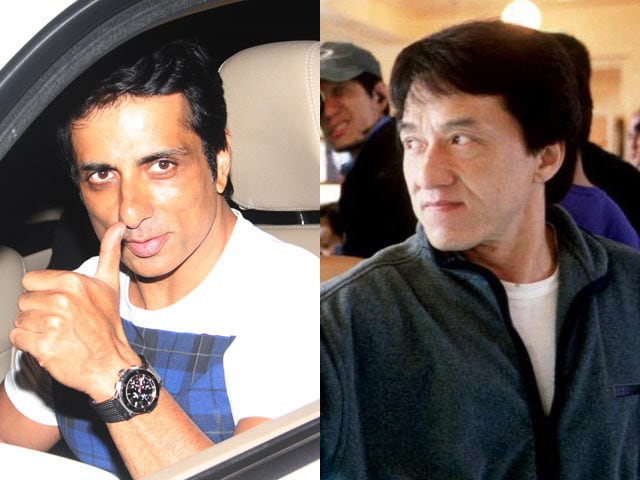 The image on right was posted on Facebook by Jackie Chan

Kung Fu Yoga, an out-and-out action movie, will be shot in Dubai, Beijing and India.

So happy for Jackie chan who is starring with my friend @SonuSood in " Kung fu yoga"!! Truly Karate meets parathe!!

Hahaha Farah. Don't be surprised if he gets addicted to paranthe then u have to make for us. Get ready. https://t.co/iiTIRn8DdC

Sonu started his career in movies with Tamil film Kallazhagar followed by his debut in Bollywood as Bhagat Singh in Shaheed-E-Azam, which released in 2002 with two other movies on the freedom fighter 23rd March 1931: Shaheed and The Legend of Bhagat Singh. (Also Read: Sonu Sood Wants to Maintain Balance Between Bollywood and Southern Cinema)

The Gabbar Is Back star earned recognition as Abhishek Bachchan's brother in Mani Ratnam's Yuva in 2004 and in Aashiq Banaya Aapne in 2005.