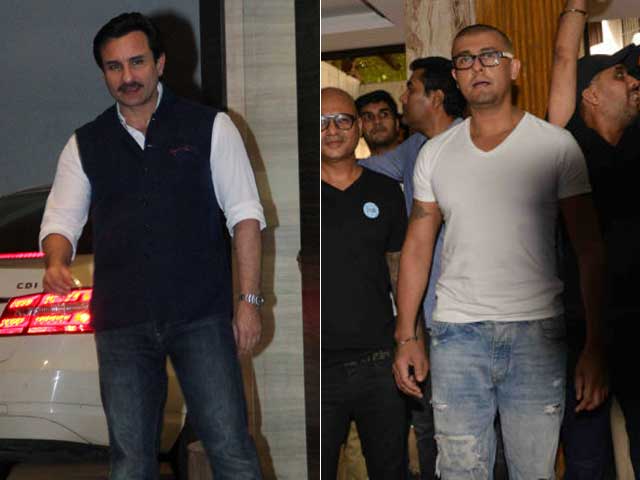 New Delhi: Singer Sonu Nigam, who recently courted controversy after tweets criticizing sermons from loudspeakers, posted a video of azaan playing near his apartment in the wee hours of Sunday. Meanwhile, actor Saif Ali Khan in an interview to Indian Express said that the 43-year-old singer's tweets were 'a bit aggressive'. The Parineeta actor added that religion should be a 'private affair.' "Don't know who you are offending. At one level I agree, the lesser sound the better, there should be certain decibel levels allowed across religious practices. I also understand the amplification of the sound during azaan comes from insecurity. Not just here but also in Israel apparently where three different religions co-exist. It's been written about so I believe it's the same," Indian Express quoted Saif Ali Khan as saying.

The Agent Vinod actor also added that 'it is fine to express your views'. "As a minority, you would like to make your presence felt and hopefully accepted. If someone says that it should be extinguished, it will make some people little uncomfortable. As a precursor to some sort of holocaust, it's the first thing you think of. There's a bit of fear there. It's fine to express your views on the decibel levels. I think that tweet was a bit aggressive though, initially. And I do think religion should be a private affair and we should be a secular country," Indian Express quoted Saif Ali Khan as saying.

Many celebrities including Kangana Ranaut, Javed Akhtar and Anupam Kher have supported Sonu Nigam's protest against the use of loudspeakers.

In his previous tweets, Sonu Nigam complained about the morning azaan, calling it 'gundagardi' and 'forced religiousness.' After being trolled by several on Twitter, he added: "Dear everyone. Your stand exposes your own IQ. I stand by my statement that loudspeakers should not be allowed in Mosques & Temples. Period."

Promoted
Listen to the latest songs, only on JioSaavn.com
In defiance of a 'fatwa' issued against him by Syed Sha Atef Ali Al Quaderi of the West Bengal Minority Council, Sonu Nigam shaved his head on April 20. Mr Quaderi , who initially offered to pay Rs 10 lakh as a reward to have the singer go bald and garland him with old shoes, refused to pay the amount saying that Sonu Nigam failed to abide by all his conditions.