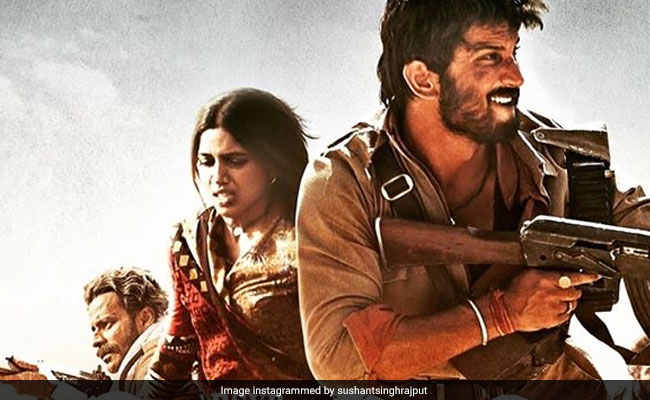 Sushant Singh Rajput and Bhumi Pednekar will take you to the dusty valleys of Chambal with their film Sonchiriya, which will open in theaters on Friday. In the film, Sushant Singh Rajput plays the role of a dacoit named Lakhan, while Bhumi Pednekar plays the role of a local from Chambal. The Abhishek Chaubey-directed film also stars Ranvir Shorey, Manoj Bajpayee and Ashutosh Rana in pivotal roles. The film has been produced by Ronnie Screwvala. Sonchiriya will clash with Laxman Utekar's romantic comedy Luka Chuppi at the box office, which features Kartik Aaryan and Kriti Sanon in lead roles.

The trailer ofSonchiriyareleased last month and it has over 13,920,997 views on YouTube as of now. Check out the trailer here:

As a part of their preparatory sessions, Sushant and Bhumi reportedly spent time with some former dacoits and the locals of Chambal. Bhumi's preparatory sessions were not merely confined to interactions with the locals. The actress also isolated herself for about a month in order to get into the skin of her character. In an interview earlier this month, Bhumi told news agency IANS: "Acting for me is a process of metamorphosis. It's about forgetting who I am and becoming someone entirely new. Until and unless I find the person I'm looking to become, I don't find my peace. I de-cluttered myself and lived with my character for about 30 days."

Sonchiriya was earlier scheduled to release on February 8. However, the film's release got postponed and it will finally hit the screens on Friday. The film has been extensively shot in Chambal, Madhya Pradesh.