Sonam on Salman Khan: Working Together After 6 Years Was Amazing 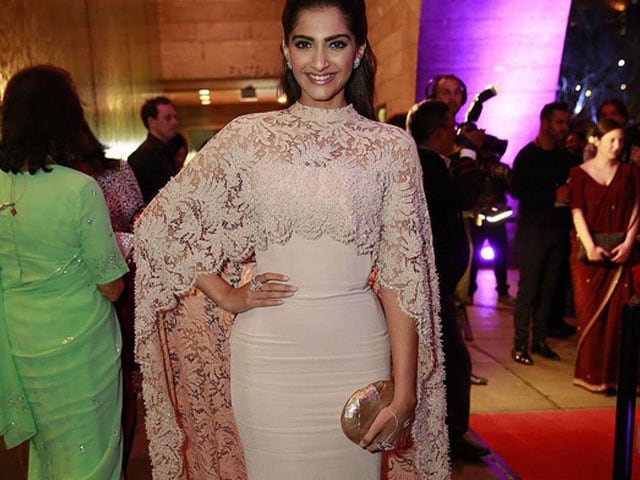 This image was posted on Twitter by Sonam Kapoor

Sonam, 30, made her debut in Bollywood with Saawariya in 2007, which featured Salman in a cameo.

"Working with Salman again after a gap of six years after my debut film Saawariya has been amazing and great," she said.

The Bollywood fashionista is in Melbourne to attend the fourth Indian Film Festival of Melbourne (IFFM) that opened last week.

When asked about how her life has changed after being a part of the film industry for eight years, she said, "I think I am the same but obviously I have been working now for so many years and you get a hang of the job."

The Indian beauty was the show stopper for the leading designer Anamika Khanna on the second day of the IFFM which was packed by a fashion show and the awards ceremony.

Sonam feels fashion is "To be yourself, be comfortable and not to think what other people think". "We as Indian girls have a tendency to dress for other people. It's a common Indian thing. You make your mother, your mother-in-law, husband or boyfriend happy," Kapoor said.