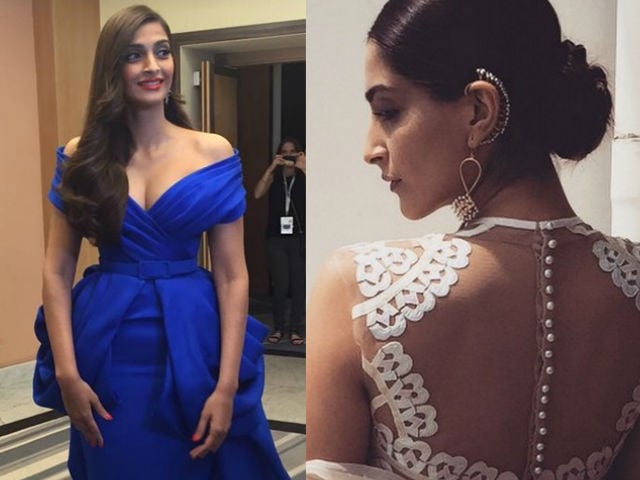 These images were posted on Instagram by Rhea Kapoor

New Delhi: Sonam Kapoor's five years-worth of Cannes outfits have made for some memorable fashion moments. Despite blips such as the hairy Elie Saab dress that spawned a 1000 memes last year, Sonam's presence at the Cannes Film Festival is the one which both desi and videsi fashion critics look forward to.

The film gala has opened with tremendous fashion parade, which includes India's Mallika Sherawat in a Georges Hobeika dress, and now we await stylish Sonam.

The actress, who represents L'Oreal Paris at the festival, will walk the red carpet on May 15 and May 16, after her co-ambassador Aishwarya Rai Bachchan makes an appearance on May 13 and May 14.

Till then, keep calm and take a look at Sonam's greatest hits, in order:

#1 - Anamika Khanna, 2013: Our favourite Sonam look of all time, not just at Cannes. A desi girl among a red carpet of edgy dresses, Sonam paired her sari with an vintage-look jacket keeping accessories to a mininum of one - a kundan nath, which started a trend of sorts. 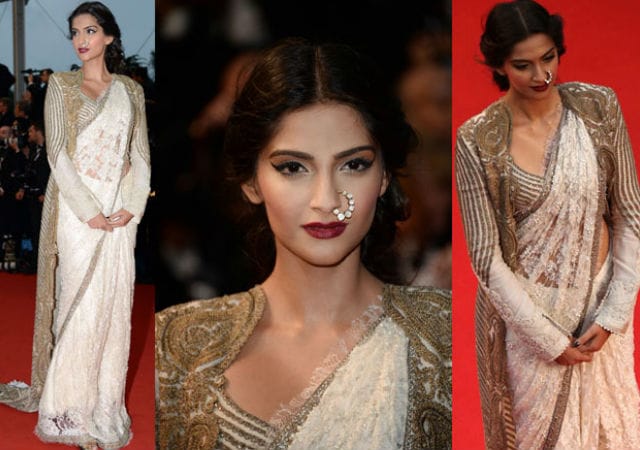 #2 - Anamika Khanna, 2014: This gauzy creation by her favourite designer was an outfit only Sonam could wear. 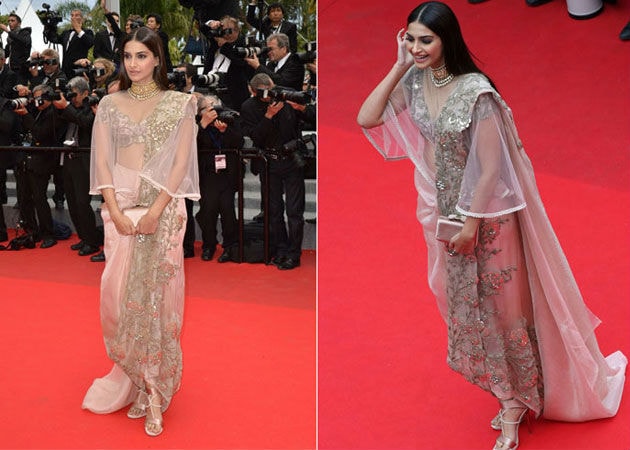 #3 - Elie Saab, 2014: Her first outfit of that year was a giant black balldress in which she floated up the red carpeted-stairs, looking like a dream. 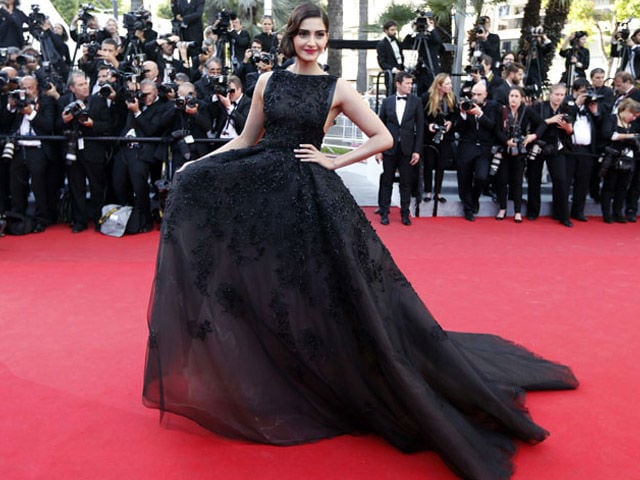 #4 - Elie Saab, 2014: In what was a golden year for Sonam, she wore a second Elie Saab dress in pale blue that helped her stand out. 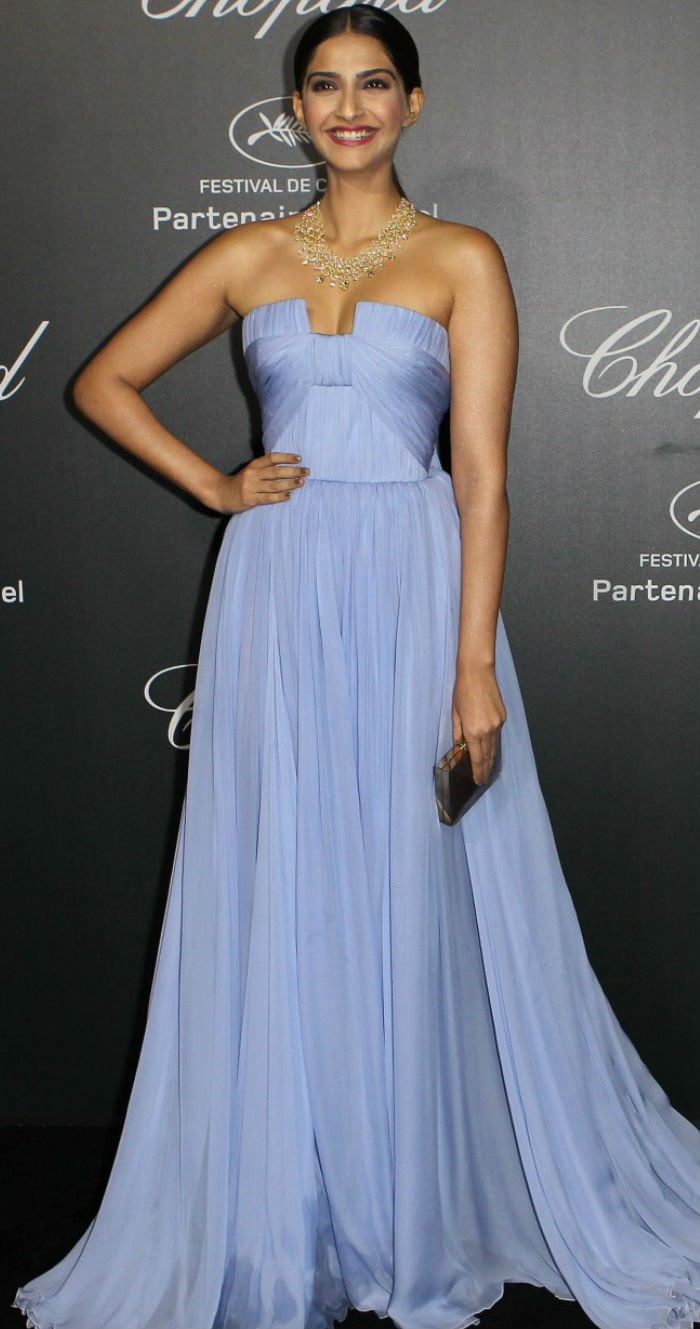 #5 - Abu Jani-Sandeep Khosla, 2015: There are saris and there are saris - this was the most sari ever. Even off the red carpet, Sonam maxes the look, as she did in this sultry number at a press meet.

#6 - Ralph & Russo, 2015: The meme-worthy Elie Saab was troll fodder like no other dress but this blue ballgown counted as a bonafide blockbuster.

#7 - Vivienne Westwood, 2011: Sonam didn't falter in her first year at Cannes. We loved this navy creation on her, then and now. 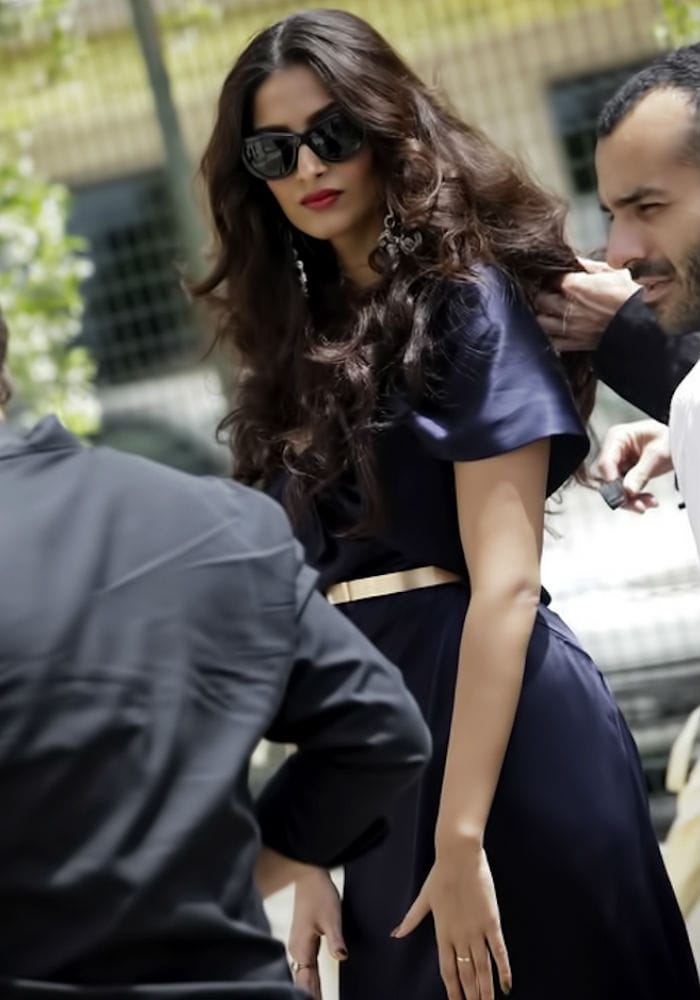 #8 - Marni, 2012: A photocall on the French Riviera demands you be as impeccably turned out as on the red carpet - but it's okay to raise the hemline. This skirt and top was the perfect mix of casual and chic.

#9 - Dolce & Gabbana, 2013: Sonam bloomed in a fairytale-like dress with a princess-like skirt, a prettier version of Sonam's usually edgy style. 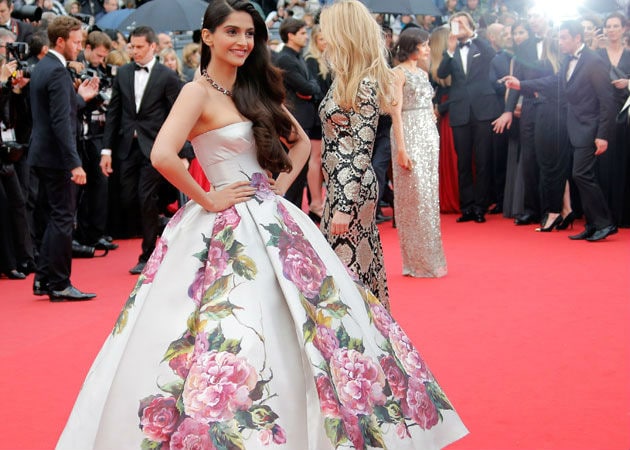 #10 - Jean Paul Gaultier, 2011: Where it all started. Sonam made heads turn with her unconventional choice of first ever Cannes look - a vintage dress from a legendary French couturier. We're holding our breath this year.