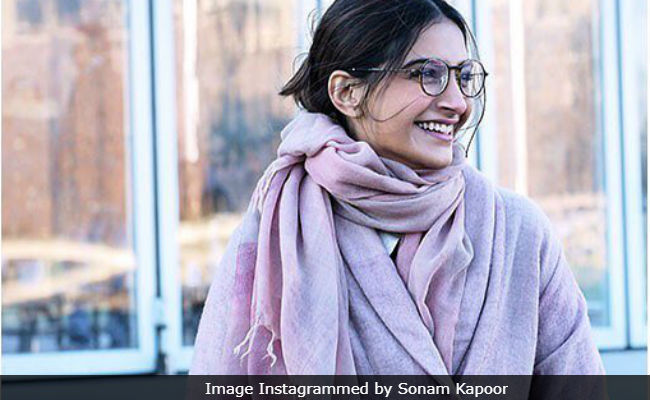 Sonam Kapoor certainly knows how to set the Internet ablaze and her latest Instagram post, which complements the very spirit of winter, totally stole our hearts. On Tuesday, the actress shared a stunning picture of herself, in which she could be seen dressed in a lavender trench coat and a matching scarf. Sonam chose the most appropriate caption to describe what she loves about winter. She wrote: "I love winter for cold noses, cozy sweaters, hot chocolate and cuddles." No points for guessing, Sonam's Instafam loved her caption and found is extremely relatable. "Same here," wrote a fan. Comments like "Couldn't have agreed more" and "we are so similar" were also seen on the post. Well, seems like we all have something in common with the actress.

Sonam also shared another picture on herself along with make-up artist Namrata Soni and another friend and wrote: "Definitely complaining about something as usual to my two favourite agony aunts."

Definitely complaining about something as usual to my two fav agony aunts.. @namratasoni @neeha7

Sonam Kapoor frequently shares different facets of her life on social media, be it posting family photographs or sharing mushy pictures with her husband Anand Ahuja. A few days ago, Sonam shared a picture of herself along with her father Anil Kapoor and her mother Sunita Kapoor.

Celebrating love with my favourite couple

A few weeks ago, the Neerja actress shared a picture of herself along with her husband Anand Ahuja and wrote: "My better half and my biggest support thanks for always having my back."

My better half and my biggest support thanks for always having my back . @anandahuja