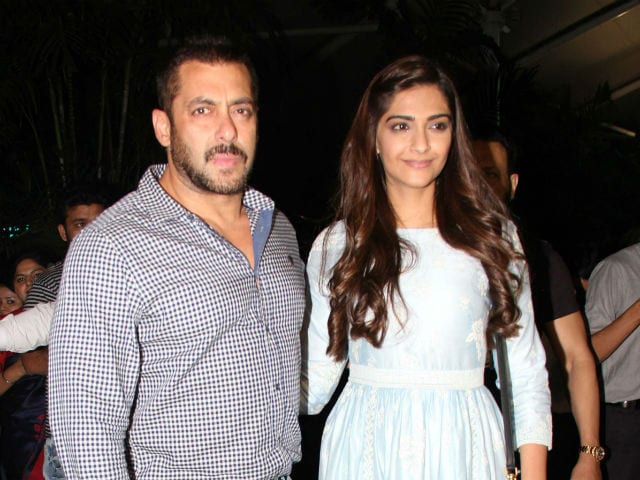 "It is very good, very beautiful. I'm looking forward to watching Salman Khan onscreen again like how you all are obviously looking forward to it. I hope it's another record-breaking film of his," said Sonam, who was present along with The Lord Of The Rings star Sir Ian McKellen to inaugurate the Kashish Film Festival.

The trailer with Salman playing a Haryanvi wrestler achieving success amidst several hurdles, has already registered more than 3.5 million views on YouTube in 24 hours.

Sultan is one of the most anticipated films of the year, releasing on the occasion of Eid, often termed as a lucky release week for Salman with hits such as Bodyguard, Ek Tha Tiger, Bajrangi Bhaijaan, Wanted, Dabangg and Kick.

Though Sonam and Salman's Prem Ratan Dhan Payo didn't release on Eid (it released on Diwali) the film was a success at the box-office earning more than Rs 200 crore.

The film is Sonam's highest grosser till date and holds the records for the highest collections on first day at Rs 40 crore. Sonam is currently enjoying the success of her film Neerja.