Sonakshi Sinha Says Lootera And Noor Are Close To Her Heart 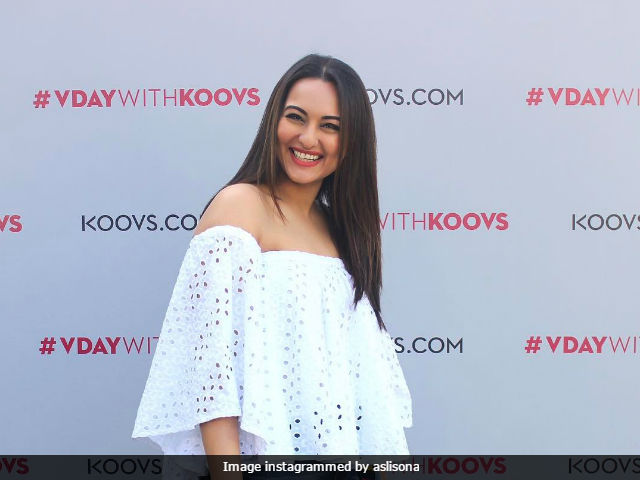 Sonakshi will portray the role of a journalist in Noor (Image courtesy: aslisona )

New Delhi: Actress Sonakshi Sinha is awaiting the release of her upcoming film Noor, directed by Sunhil Sippy. This is the second time the 30-year-old actress will be seen featuring in a movie based on a book. Sonaskhi Sinha's 2013 film Lootera, directed by Vikramaditya Motwane, was an adaptation of O Henry's book The Last Leaf. Earlier, an astrologer told the Dabangg 2 actress that books are lucky for her, reports news agency IANS. Speaking about her upcoming film and Lootera, the Rowdy Rathore actress said that both the films are 'special' to her. "I don't believe in these things but it is a happy coincidence. Noor and Lootera both are films very close to my heart," Sonakshi Sinha said in a statement to IANS.

Noor, which is based on Pakistani author Saba Imtiaz's novel Karachi, You're Killing Me!, will see Sonaskhi Sinha portray the role of a journalist. The film, slated to release on April 21, follows a Pakistani journalist-writer Noor's misadventures and love life as she navigates her way through Mumbai.

Kannan Gill will be making his debut with this film. Noor also features Shibani Dandekar, Purab Kohli in key roles. Actress Sunny Leone will be seen making a cameo appearance in the film.

Promoted
Listen to the latest songs, only on JioSaavn.com
Sonaskhi Sinha was last seen in 2016 movie Force 2 along with John Abraham. The film, directed by Abhinay Deo, is a sequel to the 2011 film Force. She will next feature in Ittefaq co-starring Sidharth Malhotra. The film, directed by Abhay Chopra, is a remake of 1969's film Ittefaq. Sonakshi Sinha will also star in Vipul Shah's Namaste England opposite Akshay Kumar.