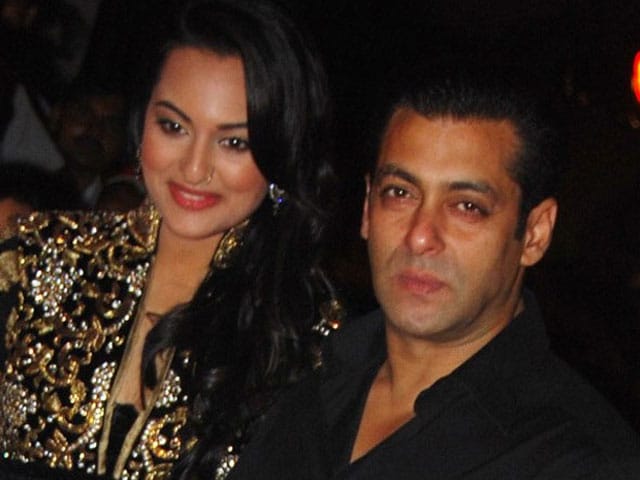 Sonakshi and Salman have worked together in two Dabangg films

New Delhi: Fans of actress Sonakshi Sinha's dubsmash videos will be thrilled with the latest one. "On special request," Sonakshi has voiced a dialogue from Salman Khan's arsenal in Bajrangi Bhaijaan.

Salman, Sonakshi's hero in the two Dabangg films, has made two dubsmash videos with his co-star so far. In one, they borrowed a conversation between Mala Sinha and Sonakshi's father Shatrughan Sinha from the film Mere Apne. In the other, Salman resurrected his character from '90s blockbuster Karan Arjun with Sonakshi as substitute for Shah Rukh Khan.

Sonakshi isn't the only one who "can't wait" for Bajrangi Bhaijaan to release on the Eid weekend later this month. There are great expectations of the film, not just from fans of the actor but also from Bollywood insiders with an eye on profits. If Bajrangi Bhaijaan turns out to be a box office breaker in traditional Salman fashion, it will help lift revenues from the doldrums that they have languished in for most of the first half of this year, punctuated briefly by hits in the form of Tanu Weds Manu Returns, Piku, Gabbar Is Back, Dum Laga Ke Haisha and ABCD 2.

In Bajrangi Bhaijaan, Salman stars as a Hanuman devotee who commits to helping a little girl return home to Pakistan. Kareena Kapoor and Nawazuddin Siddiqui co-star and the film is directed by Kabir Khan, who directed Salman in 2013 blockbuster Ek Tha Tiger.