Sonakshi Sinha says driving the truck was tiresome. "It required a lot of strength to maneuver," she said 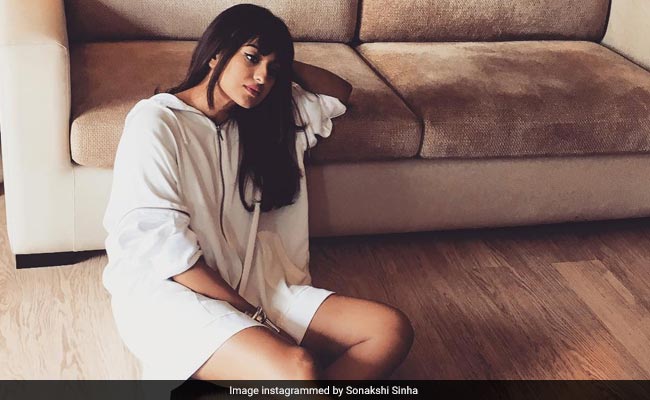 New Delhi: Sonakshi Sinha has been a part of many action films such as Action Jackson, Akira and Tevar, to name a few but there is one action sequence that was even 'tiresome' for the Dabangg actress. The 31-year-old actress had some difficulty in driving a manual mini-truck for a chase sequence for her upcoming film Happy Phirr Bhag Jayegi. Sonakshi told news agency IANS: "I do have some practice driving manual cars but this mini-truck was no cakewalk. It was a very old and heavy vehicle and because it was manual, the steering and gears were extremely tiresome and required a lot of strength to maneuver."

"Since it was a chase sequence, I had to accelerate the speed but with enough skill to guide my course safely on the roads. Having to burn rubber with that massive beast was quite the challenge but when we got it, the feeling was incredible," she added.

Backing the Happy Phirr Bhag Jayegi actress, a source told IANS, "The truck was an old, heavy metal bodied hulk and driving it required a fair bit of familiarity and control with its weight and functionality. She (Sonakshi Sinha) was clear from the get go that she didn't want a double for it and hence she spent a fair bit of time driving the truck and getting used to it. It was not easy as it was an old self geared truck which required some serious strength to push it around."

Promoted
Listen to the latest songs, only on JioSaavn.com
Sonakshi Sinha was last seen in Welcome To New York co-starring Diljit Dosanjh. Her upcoming projects are Kalank and Dabangg 3.