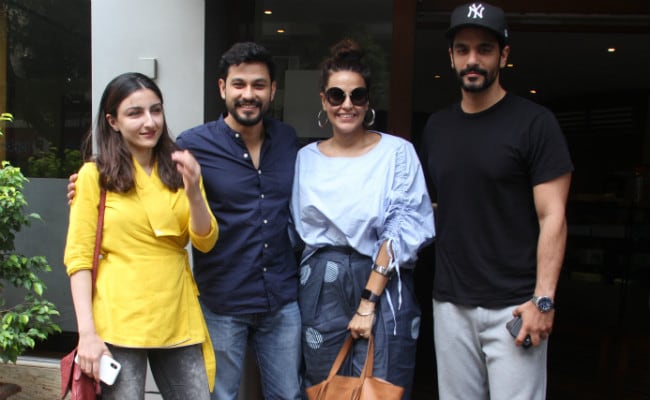 New Delhi: It was all about double dates on Monday. Soha Ali Khan and Kunal Kemmu recently caught up with the newly-wed couple - Angad Bedi and Neha Dhupia - in Mumbai and had loads of fun! The quartet, comprising Soha, Kunal, Neha and Angad, called for adorable photos outside the Bandra cafe, where they hung out for a brunch and get together. On her Instagram, Soha shared her favourite memory from the outing and introduced the "Mr and Mrs" with a heart emoji. Soha and Neha gave off major summer vibes with their brunch wardrobe - Soha was spotted in a yellow top paired with grey pants while Neha sported a baggy white top with lose-fitted pants. Kunal and Angad joined their wives in casuals.

The paparazzi were happy to have spotted Kunal and Soha exiting the eatery and were even more delighted when the newly married couple followed. Then arrived requests for group photos and here are some. 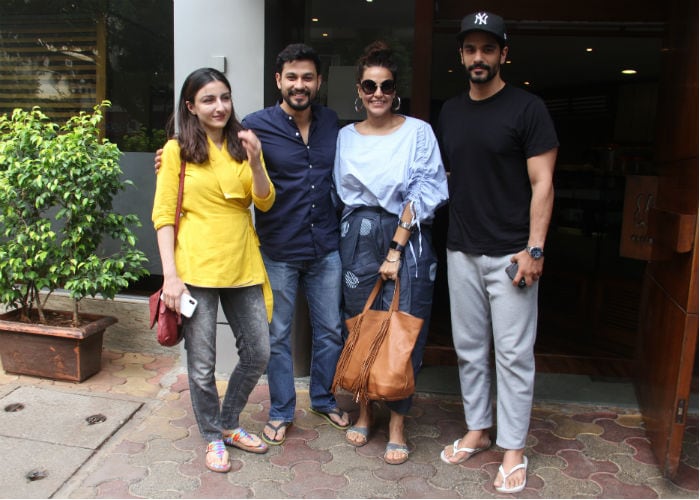 What a fun day it was! 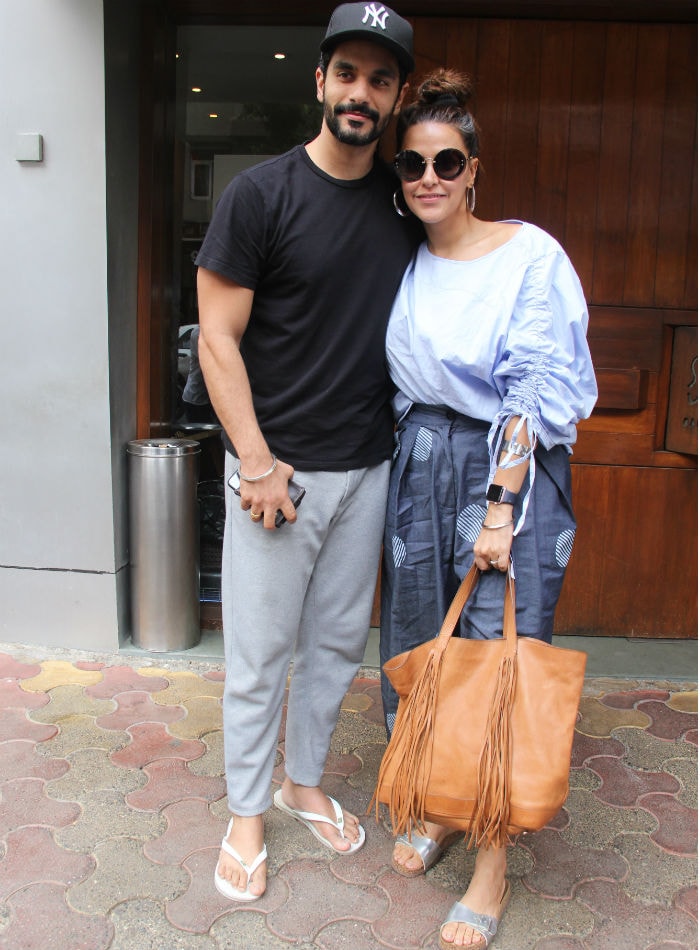 Kunal and Soha are parents to baby girl Inaaya, who was spotted with her nanny in Mumbai's Bandra, just a day before. Inaaya will celebrate her first birthday this year. This is how Kunal and Soha celebrated her "half-birthday".

Promoted
Listen to the latest songs, only on JioSaavn.com
Earlier this month, Angad and Neha had a hush hush wedding at a Delhi gurudwara on May 10 and shared the big news with their fans on social media. They touched down in Mumbai last week after a brief trip to the US, which apparently was not a honeymoon.

Soha Ali Khan and Kunal Kemmu married in 2015 and Inaaya was born in September last year.