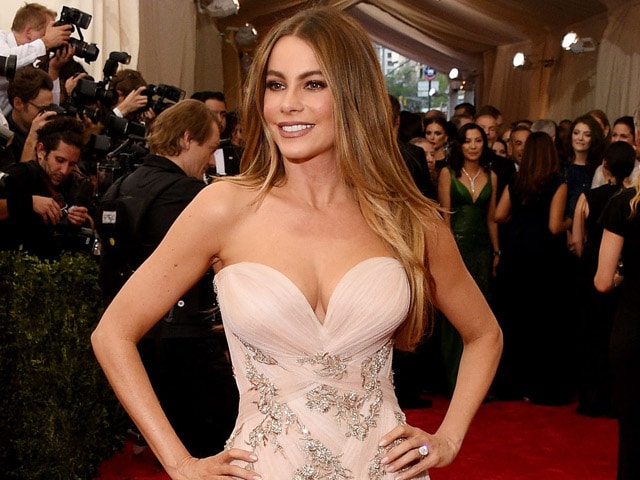 Sofia Vergara at the Met gala red carpet on May 5. (Image courtesy: AFP)

The actress has topped Forbes Magazine’s list of highest earning TV actresses. She is joined by actress Kaley Cuoco-Sweeting at number one on the list, with both earning $28.5 million before tax between June 1, 2014, and June 1, 2015. Veterans on the list include Ellen Pompeo of Grey’s Anatomy, Mariska Hargitay of Law & Order: SVU and Julianna Margulies of The Good Wife, who made an estimated $11.5 million, $11 million and $10.5 million respectively.

Sofia has also created two perfumes, a self-titled scent and Love, which she designed for her upcoming wedding.

The 43-year-old actress is set to marry Magic Mike star Joe Manganiello in November, and said she is planning to wear the scent when she walks down the aisle because it feels ‘meaningful and real’ to her.