Slut-Shamed, Shama Sikander Writes 'I Have B***s And I Love Them' 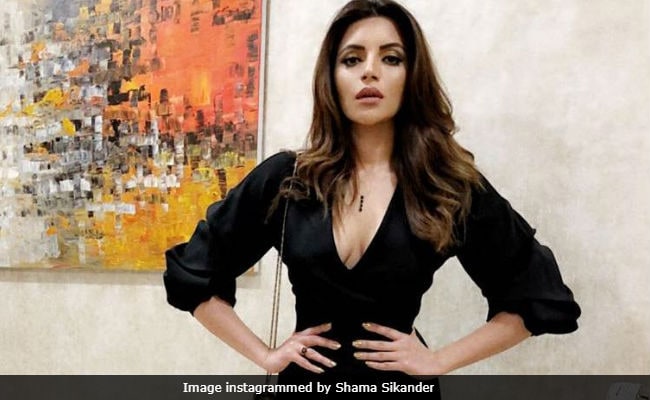 New Delhi: TV star Shama Sikander has responded to repeated slut-shaming with a strongly-worded Instagram post declaring, "Yes I have b**bs... they're mine and I love them." The photo she posted is of her in a bikini. Trolls who 'like to give body parts names' should 'get over it and move on in life,' the 38-year-old actress wrote, after pictures she posted from a trip to Australia were received with offensive comments focusing on her body. So offensive are they that we won't even attempt to reproduce any here. Shama used the hashtags #BodyShaming and #NotTolerated on her post. Predictably, more vile comments have been posted in response to Shama. But several others comments say she 'totally nailed it.' One follower told her she was wasting her time.

A woman has BOOBS...that's what makes her different than men and I'm grateful that I'm a woman and a blessed one indeed. Yes "I HAVE BOOBS" and nice ones indeed.. they are "juicy" and also are "melons " or whatever else you prefer calling them. I think it's time for all those TROLLS who like to give my body parts names like these to get over it and move on in life. They're mine and I love them... #BodyShaming #NotTolerated #RespectWomen #LoveForBikini

Almost no photo Shama Sikander posts escapes the notice of trolls. She is routinely trolled, whether its pictures of her in Australia, Dubai or wherever.

Here are some of Shama Sikander's pictures from Australia for which she's been trolled:

A woman without curves is like jeans without pockets, you don't know where to put your hands. #ManlyBeach #Curvacious #Sydney #TravelDiaries

A sass a day keeps the basics away #ManlyBeach #Sydney #TravelDiaries

Take a leap of faith and begin the wondorous new year by believing. Wish each on of you a very happy and joyful year ahead. Cheers 2018!! #Sydney #TravelDiaries #HappyNewYear #Welcome2018

Instagram seems to be teeming with perverts who live to post bile on pictures of female stars. Deepika Padukone and Esha Gupta have been trolled for photoshoots; Priyanka Chopra's knees are apparently too much to handle; Fatima Sana Shaikh and Soha Ali Khan have been told their outfits are 'un-Islamic'; and Sunny Leone is trolled no matter what she posts, like Shama.