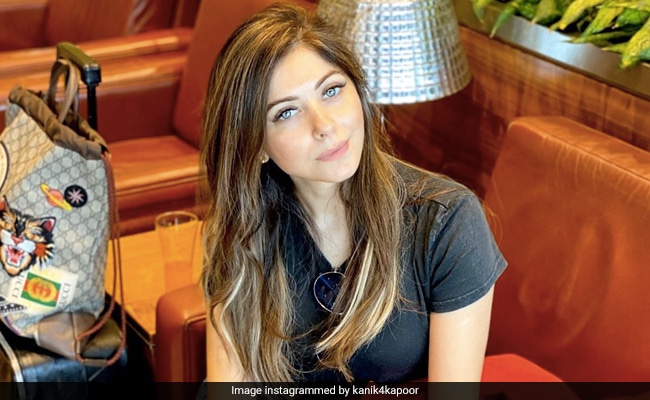 Singer Kanika Kapoor, who was admitted to Sanjay Gandhi Postgraduate Institute of Medical Sciences (SGPGIMS) in her hometown Lucknow after contracting the coronavirus, has been discharged following her complete recovery, reported news agency ANI. The 42-year-old singer tested negative in her sixth test at the hospital. Ms Kapoor will now be in home quarantine for two weeks. Ms Kapoor was diagnosed with COVID-19 days after she flew into Mumbai from London on March 9. She travelled to Lucknow two days after landing in Mumbai and attended a high-profile party in the city, which also had several politicians on the guest list, instead of going into complete quarantine. An FIR has been filed against the singer based on a complaint by the Chief Medical Officer of Lucknow accusing her of negligence.

Earlier in March, revealed her coronavirus diagnosis in an Instagram post, saying: "I was scanned at the airport as per normal procedure 10 days ago when I came back home, the symptoms have developed only 4 days ago. My family and I are in complete quarantine now and following medical advice on how to move forward. Contact mapping of people I have been in touch with is underway as well."

Ms Kapoor deleted her Instagram post after being criticised on social media for not going into self isolation and attending social events instead. She was defended by friend and colleague Sonam Kapoor on Twitter, who too was trolled for supporting Kanika Kapoor. Ms Kapoor has also featured in headlines for allegedly throwing tantrums at the hospital.

During her treatment, Ms Kapoor shared a health update from the hospital and said that she hopes her next test - fifth one - turns out to be negative. "Going off to bed. Sending you all loving vibes. Stay safe you guys. Thank you for your concern but I am not in the ICU. I am fine. I hope my next test is negative," she wrote and added: "Waiting to go home to my kids and family, miss them!"

Going off to bed. Sending you all loving vibes. Stay safe you guys Thank you for your concern but I am not in the ICU. I am fine. I hope my next test is negative. Waiting to go home to my kids and family miss them!

India is currently in the second week of a 21-day lockdown. Over 3,570 positive cases of coronavirus have been detected in India.