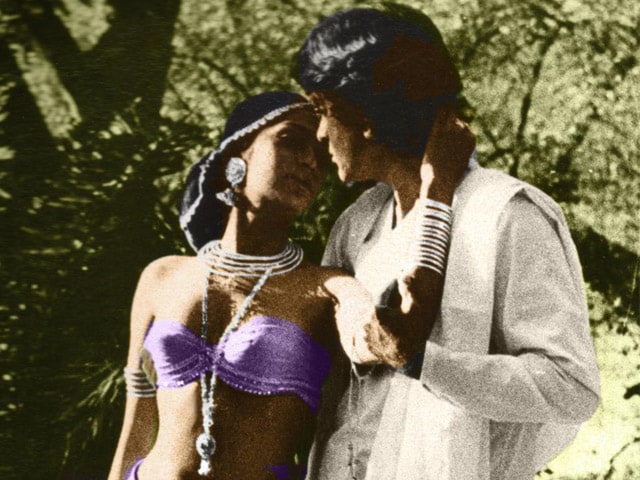 This image was posted on Twitter by Simi Garewal

New Delhi: Shashi Kapoor, veteran of stage and film, has been announced as the recipient of the Dadasaheb Phalke Award for 2014 and good wishes are trickling in on social media.

She also wrote that the ailing Mr Kapoor, now 77, was unable to remember the movie when they met last.

When I met Shashiji last he cudn't remember Siddhartha! But I remember clearly his kindness, encouragement & support! pic.twitter.com/6lW4tzf3t5

True recognition #DadaSahebPhalke to a brilliant actor and passionate producer, who gave so much to Cinema! Love you Shashi Kapoor Sir..

Third Padma Bhushan and third Phalke award in the family.Prithviraj Kapoor and Raj Kapoor being the other recipients pic.twitter.com/YufXptMWM3

Mr Kapoor's son Kunal Kapoor told NDTV that his father's first reaction was, "Me? I got it? And then he chuckled."

"I think he must be quite chuffed because his father won it as well. It's sad that on a day like this we have an award on one hand and an income tax issue with the theatre on the other," said Kunal Kapoor who was speaking to NDTV outside the Kapoor-run Prithvi Theatre in Mumbai. Mr Kapoor was instrumental in reviving the Prithvi theatre group. (Also Read: Shashi Kapoor Gets Dadasaheb Phalke Award, His First Reaction Was 'Me?' )

Promoted
Listen to the latest songs, only on JioSaavn.com
Shashi Kapoor has an extensive filmography which contains blockbusters like Deewar and Namak Halaal, and acclaimed performances in films like Junoon.

The Dadasaheb Phalke Award will be given out with the National Film Awards this year. The previous recipient was lyricist-director Gulzar.