Team Shershaah unveiled the trailer of the film in Kargil yesterday 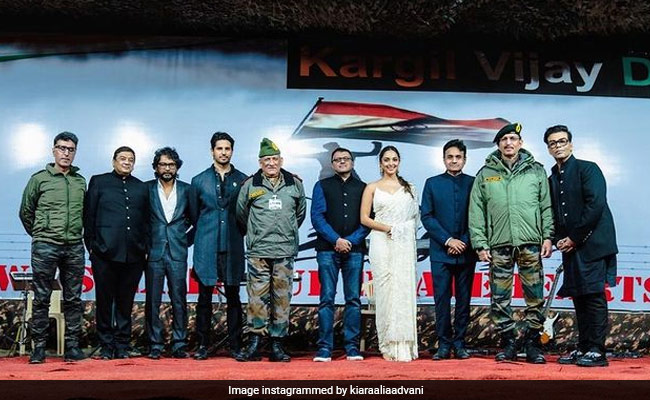 Kiara Advani, Sidharth Malhotra and the team of their upcoming film Shershaah spent the evening of Kargil Vijay Diwas with the Indian Army soldiers in Ladakh's Kargil base camp. The team had gone to Kargil on Sunday for unveiling the trailer of Shershaah. The film is based on the life of Captain Vikram Batra, who died in the Kargil War and was honoured with the Param Vir Chakra posthumously. While Sidharth Malhotra plays the role of Captain Vikram Batra in the film, Kiara Advani plays the role of Vikram Batra's fiancée Dimple Cheema. The film has been directed by Vishnu Vardhan, while Karan Johar's Dharma productions has produced it. To mark Kargil Vijay Diwas, on Monday, Kiara Advani shared a picture from team Shershaah's meet with the Indian army soldiers.

As mentioned above, the trailer of Shershaah was released yesterday. Many celebrities like Vicky Kaushal, Ananya Panday, Sara Ali Khan and Varun Dhawan have praised the trailer.

The war-drama is set to release on the OTT platform Amazon Prime Video on August 12.