While Kiara Advani said that this query will be better answered by their director Vishnu Varadhan, Sidharth Malhotra added: "No, no, we did everything for the characters." 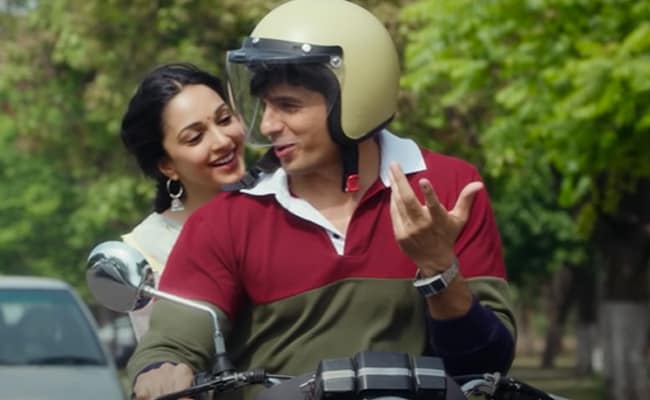 Sidharth Malhotra and Kiara Advani in a still from Shershaah

While Kiara Advani said that this query will be better answered by their director Vishnu Varadhan, Sidharth Malhotra added: "Nahi, nahi, woh bhi sab humne kirdaar ke liye... Karna pada, bahaut mushkil se, forced... Zabardasti karna pada (No, no, we did everything for the characters. We had to do it with great difficulty, forced)."

Kiara Advani and Sidharth Malhotra have never addressed rumours about their speculated romance but often trend for their adorable exchanges on social media, dropping major hints about their relationship status. Sidharth Malhotra and Kiara Advani celebrated New Year together in the Maldives this year. They also flew back to Mumbai together from their trip to the Maldives.

Shershaahis based on the story of Captain Vikram Batra, who died in the Kargil War and was honoured with the Param Vir Chakra posthumously. Sidharth Malhotra has been cast as the Kargil War hero inShershaahwhile Kiara Advani plays the role of his fiancée Dimple Cheema. Directed by Vishnu Varadhan and produced by Karan Johar's Dharma Productions,Shershaahpremiered on August 12 on Prime Video.

For Twinkle Khanna, "Sunday Morning Is Truly Special" In London. Because, Son Aarav