Siddharth Asked Fans If They Would Like To See Him In The Tamil Remake Of AndhaDhun. He Got Ayushmann Khurrana's Vote

"How many of you want to see me remake this lovely film?" asked Siddharth 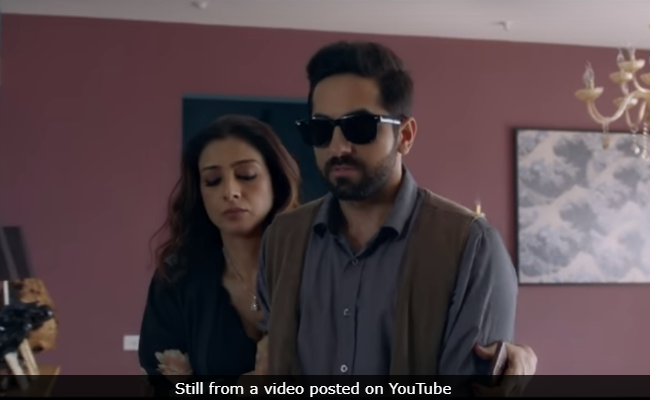 Tabu and Ayushmann Khurrana in a still from AndhaDhun. (Image courtesy: YouTube)

Tamil actor Siddharth kept his fans on Twitter engaged by asking an interesting question on Wednesday. The Rang De Basanti actor, who appears to be a huge fans of Sriram Raghavan's thriller AndhaDhunpitched the idea of the film's Tamil remake on Twitter. He asked his fans if they would like to see him in the remake of the "lovely film." Much to Siddharth's surprise, Ayushmann Khurrana responded to his tweet. The actor, who played the lead role in the Sriram Raghavan-directed film, gave Siddharth a big thumbs up and wrote: "Go for it Machaan." Tagging Ayushmann and Sriram Raghavan on his post, Siddharth wrote: "Quick vote - since it's on the table already, how many of you want to see me remake this lovely film? I am very serious."

Go for it machaan! https://t.co/BroTt8vjaz

Directed by Sriram Raghavan, AndhaDhun stars Ayushmann Khurrana, Tabu and Radhika Apte. The film showcases the story of a visually-impaired pianist. AndhaDhun was reportedly made on a budget of Rs 32 crore and it collected over Rs 100 crore worldwide. The film not only emerged as a hit at the box office but it also received critical acclaim. In his review for NDTV, film critic Saibal Chatterjee gave the film four stars out of five and wrote: "Lead actor Ayushmann Khurrana has never been better, he hits it right out of the park. As good as she has ever been, Tabu, too, is astounding as a woman who exudes as much charm as deadly intent."

AndhaDhun even left behind films such as Sanju, PadMan and Raazi in an annual survey conducted by movie database website IMDB and became the most IMDb's Top Indian Movie of 2018. The film even won in four categories at the recently concluded Star Screen Awards.