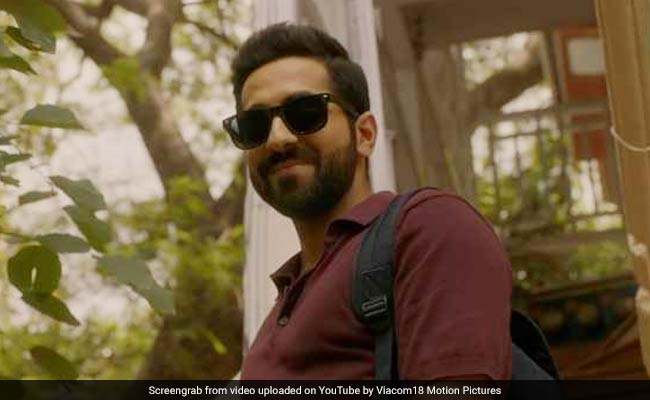 A still from the film AndhaDhun (Image courtesy YouTube)

Ayushmann Khurrana, Radhika Apte and Tabu's AndhaDhun, which did remarkable business at the box office, has now topped the annual survey conducted by movie database site IMDb's India chapter. AndhaDhun, which released in October this year, received positive reviews from both critics as well as the audience. AndhaDhun, a murder mystery, was directed by Sriram Raghavan in which Ayushmann Khurrana played the role of a visually impaired pianist. Followed by AndhaDhun are Tamil films Ratsasan, 96 and Mahanati respectively. Ayushmann couldn't have been happier since Badhaai Ho, Ayushmann's second release of 2018, also made it to the list of IMDb's Top 10 Indian movies of 2018. The Amit Sharma-directed film is also one of the highest grossers of 2018. While Badhaai Ho was ranked #5 on the list, Akshay Kumar's PadMan got the 6th spot followed by Stree at #8, Raazi at number #9 and Sanju at #10. Telugu period drama Rangasthalam is on the #7 spot.

Col Needham, IMDb Founder and CEO in an interview to news agency IANS said: "I am thrilled to announce and celebrate the 10 incredible Indian movies that resonated most strongly with our customers in 2018 during my first-ever visit to India."

"It was fun to follow the surge of audience interest and adoration for year-end releases like Andhadhun, Ratsasan, 96 and Badhaai Ho. I'm also delighted to see Tamil movies, Ratsasan and 96, and Telugu titles, Mahanati and Rangasthalam, appearing on our Top 10 list this year, revealing that IMDb customers worldwide are embracing diverse titles across India in a variety of Indian languages," he added.