"I feel like just because my dad is an actor, I'm not going to say no to an opportunity to act, you know," said Ananya Panday 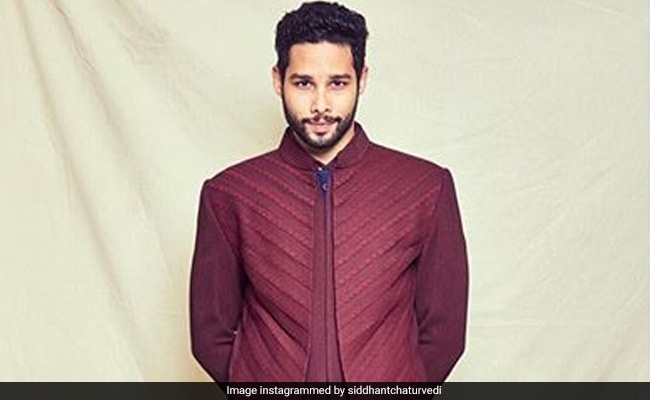 Ananya Panday and Siddhant Chaturvedi, both of actors who made their respective Bollywood debuts last year, were recently part of journalist film critic Rajeev Masand's talk show The Newcomers Roundtable 2019 for the last of CNN-News18's year-ender series. And now, Siddhant Chaturvedi has been trending for his brutal response to nepotism. Ananya, daughter of Chunky Panday, contributed to the nepotism debate by saying star-kids don't always have it "easy" and that she didn't back out from joining the industry despite knowing she would be drawn into the nepotism debate. 21-year-old Ananya, who was launched by Dharma and who made an appearance on Koffee With Karan, told Rajeev Masand that her dad Chunky Panday has neither been part of Karan Johar's show nor a Dharma film to highlight: "Everyone has their own journey."

"I've always wanted to be an actor. This has been my dream as well and I feel like just because my dad is an actor, I'm not going to say no to an opportunity to act, you know. My dad has never been in a Dharma film, he never went on Koffee With Karan. So, you know it isn't as easy as everyone says it is. Everyone has their own journey," said Ananya Panday.

That's when Siddhant appeared to have the last word in the nepotism debate with a direct reference to celebrity kids: "I think everybody has their own struggle. Sabka struggle alag hota hai. Difference yahi hai ki jahaan humare sapne poore hote hain, wahan inka struggle shuru hota hai (Everybody has their own struggle. The difference is where our dreams come true, their struggle begins." Siddhant's honest response lead to an awkward silence of a few seconds before the conversation resumed. Siddhant, 26, became a household name after his brilliant acting debut in Ranveer Singh's Gully Boy as a feisty, self-taught rapper named MC Sher.

Meanwhile, Twitter couldn't stop cheering for the Gully Boy actor. "Perhaps this is best reply ever said and heard on nepotism that explains the situation perfectly," read a tweet while another added: "That two second silence was everything." Here's a glimpse of how Twitter reacted to Siddhant Chaturvedi's comments:

Ananya Pandey complaining about nepotism and Sidhant Chaturvedi ending her existence with one line look at her reaction lol pic.twitter.com/hX2R7Jc1F7

#SiddhantChaturvedi you beauty. That two second silence was everything https://t.co/vWsQTFR73k

Pretty much summed up the whole equation of being an outsider and being from the industry. pic.twitter.com/unZZTK9BPL

In 4 seconds, #SiddhantChaturvedi summed up the struggle of outsiders and the upper hand celebrity kids have in the film industry! Acknowledging where you come from and being real about it is so important! #TheNewcomersRoundtable2019#Bollywoodpic.twitter.com/mP6ZMeMneX

Siddhant Chaturvedi has just signed two new projects - the sequel to Bunty Aur Babli and an untitled film with Deepika Padukone. Ananya Panday's second film was Pati Patni Aur Woh and she also has Khaali Peeli in her line-up.