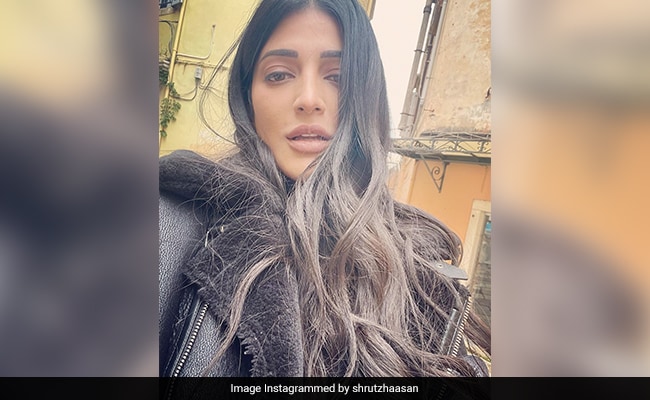 Shruti Haasan is always known for keeping it real – on-screen and off-screen. The actress's Instagram timeline reflects her honest self and her recent post is proof. Shruti, on Wednesday, shared a set of inspiring images. In them, she is seen in a no-makeup avatar in one photo, sick in a second image and in tears in another. Sharing the images, Shruti said, “In a world of perfect selfies and posts - here are the ones that didn't make it to the Final Cut - bad hair day/fever and sinus swollen day/period cramp day and the rest. Hope you enjoy these too.” She also added the hashtag #stayweird. Fans welcomed Shruti Haasan's honest and raw post. Replying to the latest update, one user said, “Thank you for sharing YOU.” Another wrote, “Thank you, Shruti, for normalising these. From a husband of a magnificent woman and father to two fabulous princesses.” “Queen [heart emoji],” gushed another.

One user also said, “More power to you. So better than the ones that made it to the final cut…”

Shruti Haasan followed this up with images from Greece. The set of pictures contains views of the ocean, monuments and more. She kept the caption simple and wrote, “Greece,” with a blue heart emoji. Shruti Haasan's boyfriend, artist Santanu Hazarika dropped some sun, wave and tree emojis.

A week ago, Shruti Haasan shared more images from Greece, this time with a selfie of herself.  In the caption, she said: “I'm somewhere in between, rock and green mountain and sea... making memories and trying to be better for me.”

We also found the image that seems to have inspired Santanu's creation. Shruti Haasan shared the images and said, “Made a new friend today. Wish I could take her home but Clara will not approve.”

On the work front, Shruti Haasan was last seen in the web series Best Seller.

Allu Arjun And Rashmika Mandanna Are In Russia. Because, Pushpa