Slamming the report and the publication, Varun Dhawan tweeted: "Maybe until I don't give you an interview you shouldn't write on my behalf sir." 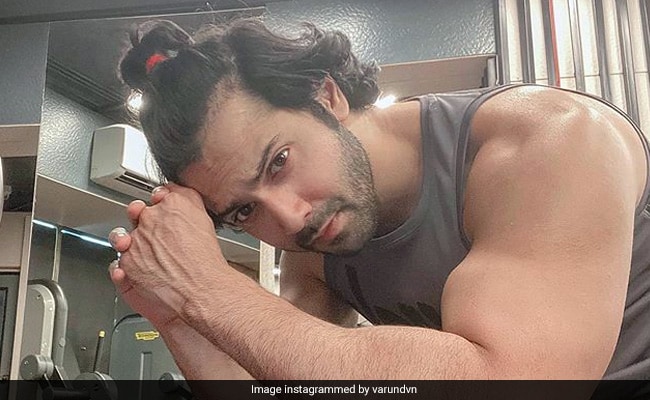 Actor Varun Dhawan, who has a zero-tolerance policy when it comes to speculative reports concerning him and his work, dismissed an article about Coolie No 1 published by Bollywood Hungama. The Bollywood Hungama report, published with the title "Split wide open", cited a source to state that Varun and his father David Dhawan reportedly had a disagreement over the release platform for Coolie No 1 - David Dhawan wants the film to release on an OTT platform while Varun wants the film to open in theatres. Slamming the report and the publication, Varun Dhawan tweeted: "Maybe until I don't give you an interview you shouldn't write on my behalf sir."

Maybe until I don't give you an interview you shouldn't write on my behalf sir https://t.co/vJYLdyge83

Coolie No 1 is a remake of David Dhawan's 1995 film of the same name. Varun Dhawan co-stars with actress Sara Ali Khan in the movie. In the new film, David Dhawan has cast his son Varun in the role originally played by Govinda while Sara has stepped into Karisma Kapoor's shoes. The shoot of Coolie No 1 wrapped in March, just days before the nationwide lockdown was imposed. The film was supposed to release in theatres on May 1 but was postponed because of the lockdown.

Last week, as part of the Unlock 5 guidelines, the government gave the green signal to cinema halls, theatres and multiplexes, which will be allowed to operate "with up to 50 per cent seating capacity" from October 15. The final call, however, has been left to the states involved.

In the past, Varun Dhawan has called out reports about stepping out of the house during the lockdown, clarified speculation about a family function with his girlfriend Natasha Dalal and also schooled a Twitter user accusing him of flouting social distancing rules.