Should Maheep Kapoor Get Her Old Hairstyle Back? Sonam, Karan Johar Say No But They're Losing

"Thinking of getting my bangs back. Yes/No?" Maheep Kapoor asked her Instagram family 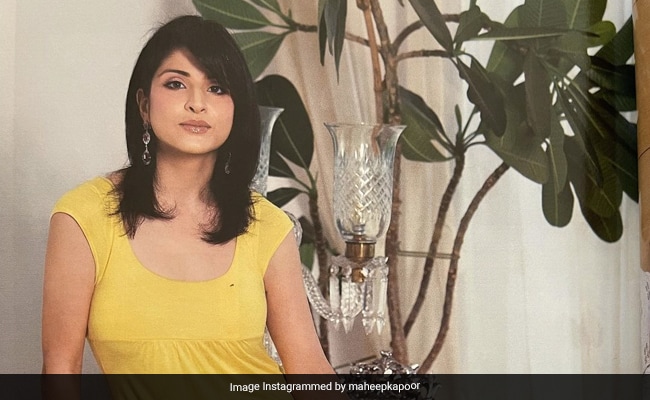 Maheep Kapoor's fashion dilemma divided Instagram recently. Maheep Kapoor took a trip down memory lane and chanced upon photos of her younger self, when her hair was styled in bangs. Seeing photos of the throwback version of herself prompted Maheep Kapoor to reconsider her old hairstyle. "Thinking of getting my bangs back. Yes or no?" she asked her Instagram family. Maheep's niece, actress Sonam Kapoor, known for being a fashionista, responded: "No way". Karan Johar too warned Maheep Kapoor, commenting: "Absolutely not." But looks like Sonam and KJo's Team No didn't have too many supporters. 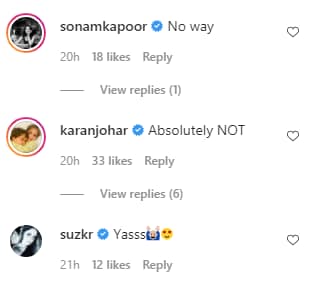 Sussanne Khan, whose sports bangs herself, encouraged Maheep Kapoor to go ahead as did several of Maheep's followers. Take a look at Maheep Kapoor's post here:

Maheep Kapoor's Instagram is full of throwback memories, some of which also feature her husband Sanjay Kapoor, daughter Shanaya and son Jahaan. Sanjay Kapoor and Maheep got married in 1997 and Shanaya was born to the couple in November 1999. Shanaya is an aspiring actress, waiting to be launched by Karan Johar's Dharma Productions. Earlier, Maheep Kapoor dropped these "baby me" photos on Instagram and was showered with heart-warming comments from the likes of Malaika Arora, Karisma Kapoor, Sonali Bendre, Sussanne Khan, Bhavana Panday and others.

Maheep Kapoor was once a model and an aspiring actress. She was supposed to make her Bollywood debut the year she got married but her film got shelved. Maheep Kapoor featured in the Netflix series titled Fabulous Lives Of Bollywood Wives along with her close friends Bhavana Panday, Seema Khan and Neelam Kothari.