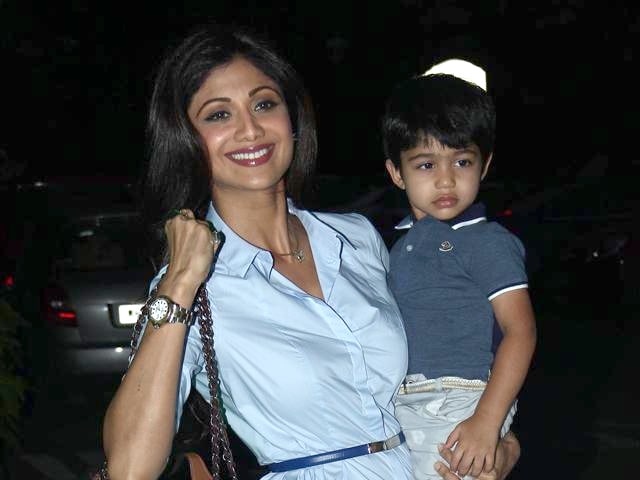 Shilpa said that she is enjoying motherhood.

Mumbai: Actress Shilpa Shetty has no plans to take up any acting project soon as all her energy is focussed on her son Viaan, who will turn two in May.

Viaan is Shilpa's first child with her businessman husband Raj Kundra, whom she married in 2009.

"I'm not doing a single film right now as Viaan is too young. I am enjoying my motherhood. I want to give him all the time," Shilpa said here.

Meanwhile, she is working on penning a book on nutrition and health.

Promoted
Listen to the latest songs, only on JioSaavn.com
Talking about her book, the 39-year-old actress said, "I'm writing a book on nutrition and health. People feel that I am slim by birth, but that's not true. I have worked really hard on my body. I have started writing this book and I will launch this book this year itself."

Shilpa's last Bollywood venture was her directorial debut Dishkiyaoon in 2014. The actress is also one of three celebrity judges on TV dance reality show Nach Baliye.