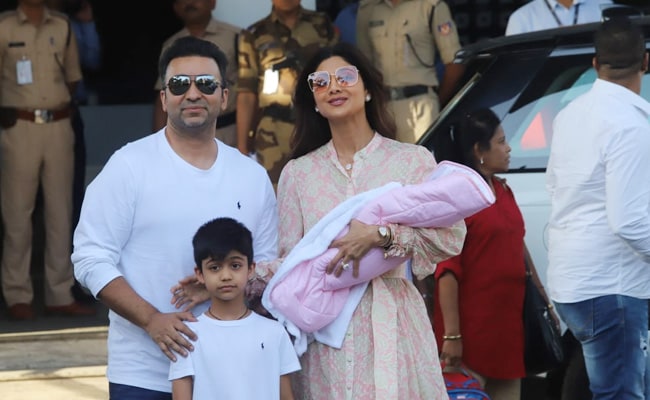 Raj Kundra and Shilpa Shetty were spotted with son Viaan and daughter Samisha at the Mumbai airport on Monday. Shilpa and Raj became parents to Samisha on February 15, through surrogacy. The family of four were photographed in Mumbai on Monday. For the hospital visit, Shilpa chose a traditional outfit with tainted glasss as she carried Samisha in her arms. Raj complemented Shilpa's look in a white t-shirt and a pair of blue denims. Viaan looked like a miniature mirror-image of his father as he wore the same clothes. 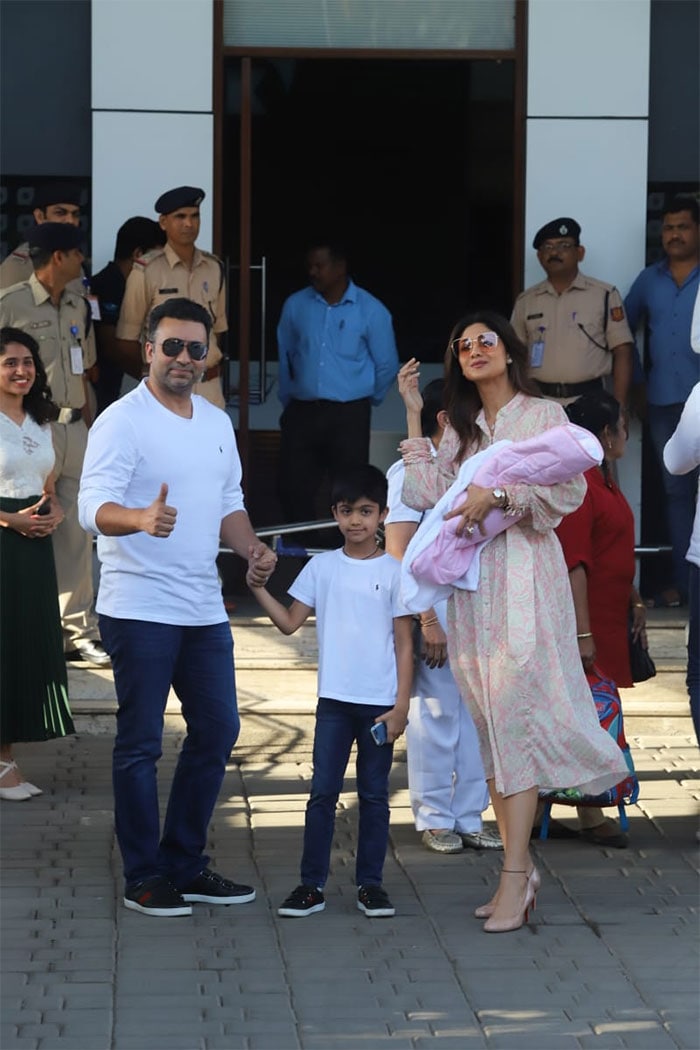 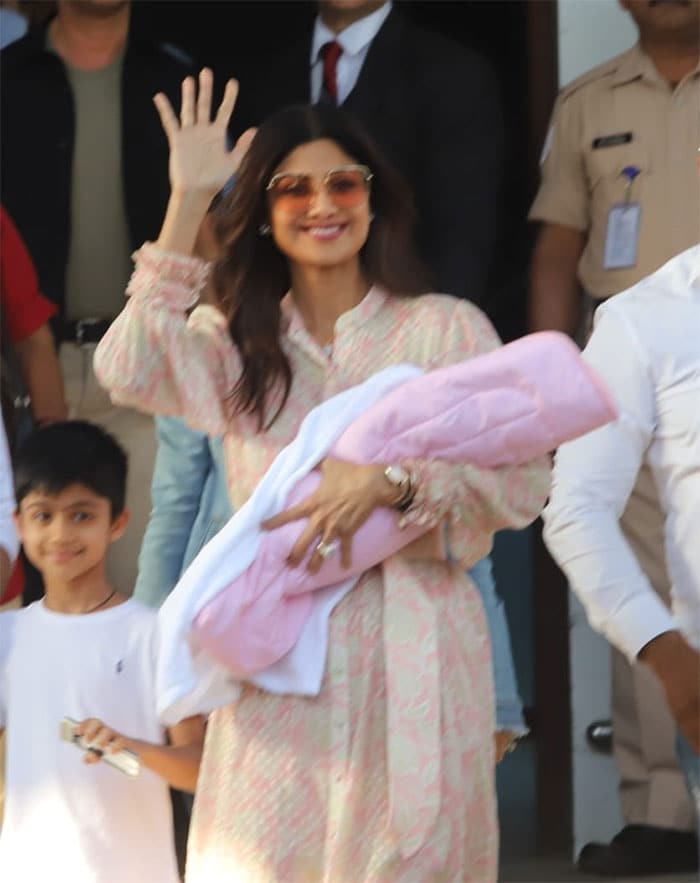 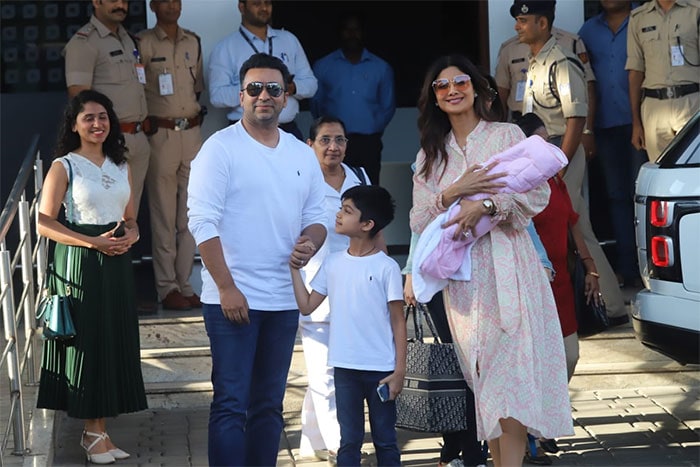 A few weeks ago, Shilpa Shetty revealed on social media about the new addition in their family. Posting a picture of Samisha's little fingers, the 44-year-old actress wrote, "Our prayers have been answered with a miracle... With gratitude in our hearts, we are thrilled to announce the arrival of our little angel Samisha Shetty Kundra. Born: February 15, 2020. Junior SSK in the house." The post was co-signed by the "ecstatic parents" and the "overjoyed brother" Viaan.

||Om Shri Ganeshaya Namah|| Our prayers have been answered with a miracle... With gratitude in our hearts, we are thrilled to announce the arrival of our little Angel, Born: February 15, 2020 Junior SSK in the house 'Sa' in Sanskrit is "to have", and 'Misha' in Russian stands for "someone like God". You personify this name - our Goddess Laxmi, and complete our familyPlease bestow our angel with all your love and blessings Ecstatic parents: Raj and Shilpa Shetty Kundra Overjoyed brother: Viaan-Raj Kundra . . . . . . . . . #SamishaShettyKundra #gratitude #blessed #MahaShivratri #daughter #family #love

Shilpa Shetty and Raj Kundra got married in 2009 and welcomed their first child, Viaan in 2012 and daughter Samisha in 2020.

On the work front, Shilpa Shetty is best-known for her performances in movies such as Life in a... Metro, Garv: Pride and Honour and Baazigar among others. She was last seen last seen as a judge in dance reality show Super Dancer. Shilpa's husband Raj Kundra is an entrepreneur.