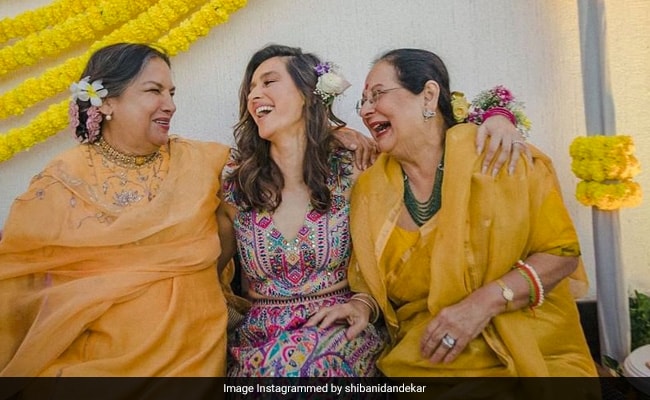 Shibani Dandekar lit up our feeds today with pictures from the mehendi that was the first of the wedding festivities last week. She and Farhan Akhtar married in Khandala last weekend and the pictures are delightful. Shibani's mehendi album is filled with the most fun photos we've ever seen from any celebrity wedding - there are pictures of her, stunning in a colourful Payal Singhal outfit, dancing and posing with friends and family and it certainly looks like the mehendi was a blast. If we have to pick a favourite photo, it would be the one of the bride with her two mothers-in-law, Farhan Akhtar's mother Honey Irani and stepmother Shabana Azmi.

Farhan's father Javed Akhtar and screenwriter Honey Irani married in 1972 and divorced in 1985. Mr Akhtar has since been married to Shabana Azmi and there is also a picture in Shibani's mehendi album of her posing with Shabana Azmi's sister-in-law Tanvi Azmi. Find these photos in this set as well as a close-up of what Shibani wrote in mehendi on Farhan's arm:

Shabana Azmi and Honey Irani were spotted by photographer hanging out together at the mehendi: 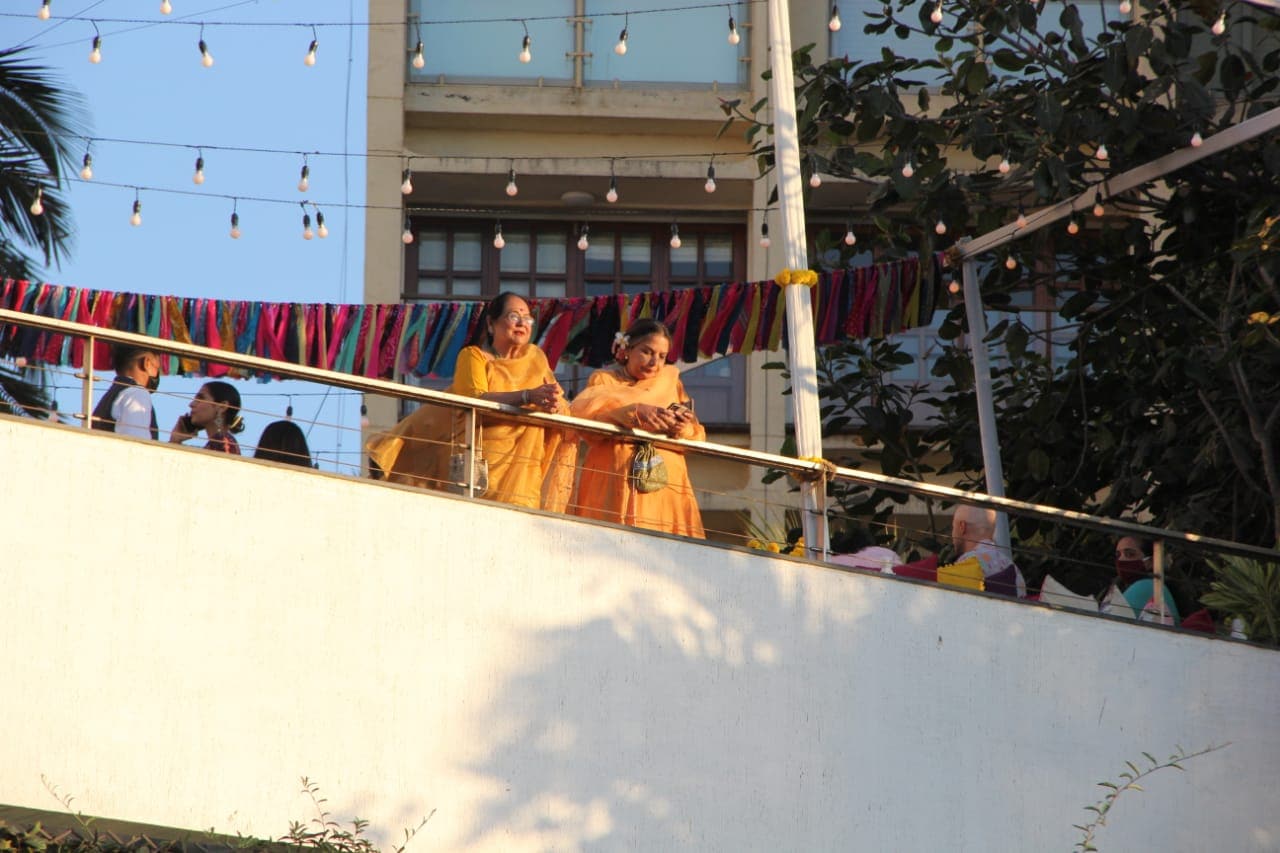 Click through this set of pictures to see Shibani Dandekar dancing with Shabana Azmi, hanging out with friend Rhea Chakraborty and sisters Anusha and Apeksha Dandekar, and popping a gol gappa.

Shibani Dandekar and Farhan Akhtar went public with their romance in 2018 after attending Deepika Padukone and Ranveer Singh's wedding reception together. They exchanged vows at the Akhtar family property in Khandala last Saturday; on Monday, they had a registered wedding and an afterparty.