Shibani Dandekar On Wedding Plans With Farhan Akhtar: "The Topic Has Not Come Up Yet"

"I will figure this out and then I will tell people," Shibani Dandekar on the often-asked question 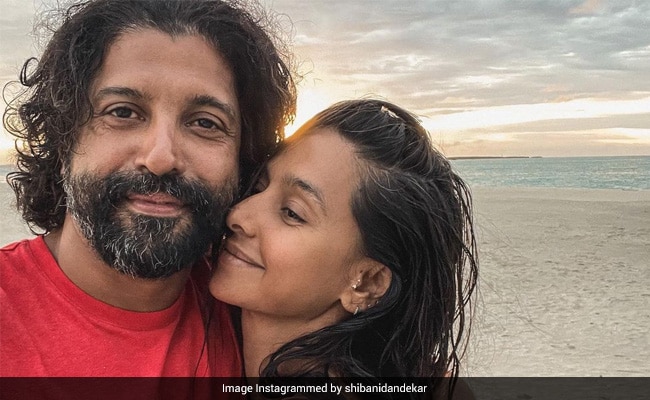 Shibani Dandekar and Farhan Akhtar often trend for rumours about a speculated wedding. Farhan and Shibani, who have been together for three years, are one of the most talked about celeb couples, who often face queries about a speculated wedding. Shibani Dandekar was recently asked about taking her relationship with Farhan to the "next level" in an interview with Bollywood Bubble, when she said while she understands there's a lot of interest in their love life, she doesn't have an answer to this question yet: "Everyone is asking me the same question. I would say the topic has not come up yet. I will figure this out and then I will tell people."

Shibani Dandekar and Farhan Akhtar often trend for their loved-up posts. They celebrated three years of togetherness in February this year. The couple celebrated the day with this post.

Last year, Farhan and Shibani featured in headlines for reports that they were to get married by the end of 2020. Farhan's father, lyricist Javed Akhtar told Times Of India in an interview: "I have just heard it from you. I was with Farhan on his birthday, which was the day before yesterday. He didn't tell me anything about this. But you never know, children can be very secretive."